One of my favorite is “Double Star”, narrating a story about a talented, yet destitute actor Lawrence Smith hired to double for a prominent politician Bonforte, whose views he, by the way, opposes. As the impersonation continues, Lawrence takes not only Bonforte’s appearance, but also his personality traits, which eventually suppresses the actor’s “previous” identity. First published in 1956, the novel  became the Winner of the Hugo Award a year later.

“Glory Road” is a interesting mixture of science fiction and fantasy about a war veteran who has been discharged from the army and, not seeing any better alternative in his own world, embarks on an adventure in another universe. “Heinlein proves himself as adept with sword and sorcery as with rockets and slide rules and the result is exciting, satirical, fast-paced, funny and tremendously readable — a favorite of all who have read it.”

“Red Planet”, originally written as juvenile fiction, may be enjoyable for adults, too.  It is a story about two boys and a Martian pet that help prevent disruption of the relationships between colonists and Martians. “Jim Marlow and his strange-looking Martian friend Willis were allowed to travel only so far. But one day Willis unwittingly tuned into a treacherous plot that threatened all the colonists on Mars, and it set Jim off on a terrifying adventure that could save–or destroy–them all!”

“Podkayne of Mars” can also be considered as fiction both for youth and adults. It is written as a diary of a 17-year-old girl who goes on a journey with her brother and uncle to visit Earth. “Her first space trip – and not just to Venus but to Terra as well,  that most improbable of planets. It was a place where the natives had to go wrapped and protected against their own environment, a place where the gravity was too powerful for her species.” 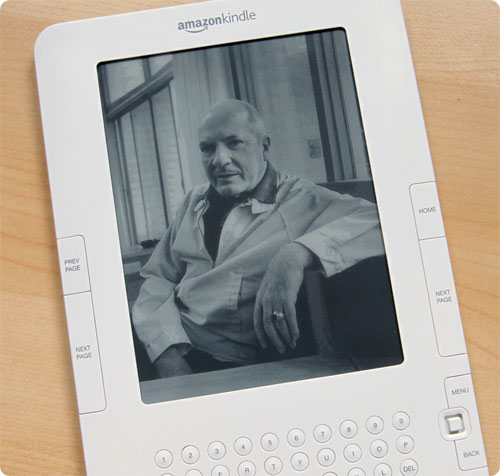 One thought on “Robert A. Heinlein, Good Kindle Books at a Glance #5”