Kindle for the Web has been around for almost a year and it seemed as it wasn’t going anywhere at all. Seemingly nothing happened even when Google came out with their online eBook offering. Then some more time passed and Apple started pressing eReader apps into selling eBooks via Apple app store. This would mean 30% commission for Apple but it would also cause eBook sellers like B&N, Sony and Amazon to loose (even more) money on eBook sales. Moving to the web seemed like a logical choice. Eventually Apple backed out and thing returned to status quo. However a few days ago Kindle did significantly expand their Web presence by releasing Kindle Cloud Reader (https://read.amazon.com/).

Kindle Cloud Reader is named in the same fashion as Amazon Cloud Player since “cloud” seems to be the most recent “magic buzz word”. It enables Kindle users to read their Kindle books in the browser almost without having to install anything on their devices. I put “almost” because Chrome users are asked to install optional browser extension that enables offline reading and Safari users are asked to extend 50 megabytes of browser database storage to the web-app for the same purposes. The reader is based on HTML5

Currently only it only works in Google Chrome (on Windows, Mac, Linux and Chromebook) and Apple Safari (on Mac and iPad, but not iPhone and iPod Touch) browsers. It accomplishes a whole lot and really nothing at the same time. Lets take a closer look:

Although it may seem that I’m overall critical and negative towards Kindle Cloud Reader, I’m not. For all it’s current shortcomings it has a great potential and these shortcomings can be easily overcome. Developing web apps is cheap if you have the right infrastructure (which Amazon certainly does) so Amazon can add all of the missing features even if there will be little demand for the Cloud Reader. They will do it just because they can or “just in case”.

Well written AJAX web application is truly cross-platform: I’ve seen the same app run on all Windows browsers, Mac browsers, iPhone/iPad/iPod Touch, Windows Phone 7, all kinds of Android devices, Linux, and even Kindle 3 browser. Not being bound by acceptance gates by numerous isolated app stores – that’s true freedom. Web app that doesn’t need to be installed and opens with a single click is also the ultimate instant gratification that will help many users get their first taste of Kindle.

All in all Kindle Cloud Reader is mostly about potential now. Whether this potential will be fully realized is up to Amazon. 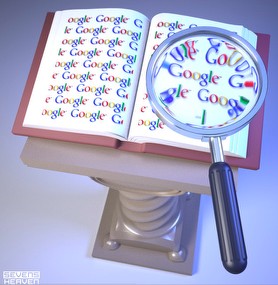 Google is holding a sweepstakes called the 10 Days in Google Books Game.  For every day of the contest, Google will choose 3 winners to receive Sony Readers.  In order to play, you need to first answer 5 simple trivia questions and then write a 50 word essay about eReaders.

The contest seems to be Google’s attempt to advertise their eBook offering.  Right now, Google Books can hardly be considered a hot spot of activity.  Giving out Google Books compatible Sony Readers is one way to get people interested.  Also, the trivia questions involved are too simple to actually create a challenge, but they do showcase the capabilities of Google’s book archive.  Every answer can be found by clicking a link to some online book or using Google’s book search capabilities.

You are allowed to enter once a day.  Winners will be announced in 2-3 months. 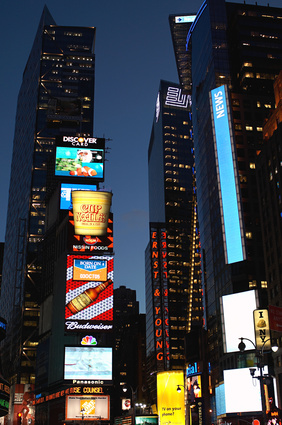 Amazon has applied for two patents: On-Demand Generating E-Book Content With Advertising and Incorporating Advertising In On-Demand Generated Content.  Essentially, the patents are for adding content-generated ads to Kindle products, in a manner similar to Google’s AdSense program.

The patents specify a number of hypothetical advertising practices that seem like many readers’ worst fears.  One example:  “If a restaurant is described on page 12… [then] page 11 or page 13, may include advertisements about restaurants, wine, food, etc., which are related to restaurants and dining.”   In addition to full page ads, the patents also describe adding ads to the margins of a book and fitting in extra ads if the book has larger margins.

It’s interesting to imagine what long-term goals of Amazon this may reveal.  Since the Kindle and the books read on it are already purchased up front, I can’t imagine very many consumers would be happy about ads.  It seems unlikely that ads will be added anytime soon, as Amazon is already getting bad press for this and wouldn’t want to lose its customer base.

One possibility, actually mentioned in the first patent, is for Amazon to create some sort of two tiered bookstore in the future.  In addition to the current, ad-free books, Amazon could start offering discounted, or even free books that rely on advertising revenue.  Another thing to consider is the use in newspapers and periodicals.  Papers are already primarily ad-supported anyway; Amazon could be hoping to license their ad service as news makes the transition away from traditional print media.  Any paper being published to an eReader format could mostly shop between Amazon,  Google, and others to choose an advertising provider.

Another possibility is that these patents are defensive move meant to keep Google with their successful ad-based revenue model out of digital books while Amazon itself has no immediate intention of putting ads into books.

It looks like Amazon Kindle will see more competition in 2009.

Google announced that it will start selling digital books by the end of 2009. Publishers and authors welcomed this development because it would bring much needed competition to the market currently dominated by Amazon. The fact that Google announced that publishers will be able to set the book price added to that sympathy.

This is not the first punch from Google camp aimed at Amazon this year. On March 18th Google made 500,000+ public domain books available in ePub format to owners of Sony Readers. While this has done little to strengthen Sony’s position against Amazon it clearly showed that Google is not going to ally with Amazon on the matter of digital books.

It’s unclear how much market will Google capture with it’s digital book store. It would very much depend on the specifics of what exactly it would be. Currently all we know is that it will be device-agnostic. However what it will do in the short term even before it is open to public is it will slow down Amazon Kindle adoption because some people would decide to wait for the Google product in hopes that it will be cheaper, provide better reading experience, have more books (although this is extremely unlikely), lack Kindle’s shortcomings etc.

It looks like Amazon has angered a lot of people by releasing Kindle DX just shortly after release of Kindle 2. These people believe that their Kindle 2 device almost immediately became outdated (I personally don’t share this point of view and regard Kindle DX as a different class of devices rather than “Kindle 3”). And speaking of Kindle 3 – some people would still expect it to make appearance by holiday season 2009. These too will wait for Google Book Store to be released so that they can compare. Personally I consider Kindle 3 this year unlikely – there’s very little that can be improved in the hardware at current technology levels other than price. It’s all about book selection now.

How much actual harm will it do to Amazon will be unclear until 2009 Q2 and Q3 financial results will be announced and it will depend on how much official and unofficial publicity will Google Books Store get in the coming months.

Should this upcoming Google Book Store turn out to be really “device-agnostic”, providing good reading experience for Amazon Kindle users, Amazon would find itself it very peculiar position given that it pays Sprint 12cents for every megabyte downloaded by Kindle users. In this case Amazon would be paying for deliver of books purchased by it’s not so loyal users from Google. This may be the end of Basic Web or start of Amazon charging for Internet traffic.