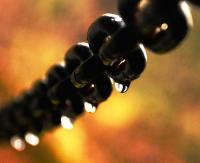 Every Sunday night we will bring you Kindle links from around the web. Compiled form blogs, magazines, main stream media and other sources, we hope this link list will give you a definitive overview of what’s new regarding Kindle and what the ever growing Kindle community is talking about.

Amazon Kindle Does It All — Almost – The Street

Should You Use Kindle to Beta-Test Your Next Novel? – Gawker

Amazon Kindle, Magazines Could be the Killer App – theyshoulddothat.com

Why Amazon’s Kindle Is A Big Deal – Bear on Business

Kindle, dissed on Gawker, still sells for $800 on Ebay – Munseys

Not on the Same Page as Print is Dead – Structured Publishing

Would you buy a Kindle? – Chas’ Compilation

In a scathing (yet hilarious) review of the Kindle, Robert Scoble – a former technical evangelist at Microsoft – states the following:

1. I want to meet the guy who designed the thing, and I want to beat the crap out of him.
2. It’s obvious they did not think about how the device was going to be used.
3. Amazon is a “cheap-ass company”.
4. In conclusion, “It really sucks.”

I take it he doesn’t like the Kindle device, fundamentally I think he is wrong, Kindle can be a success and whilst the Kindle does have its flaws, it certainly is not going to be a failure. Here are the 6 major criticisms of the Kindle Scoble cites;

1. No ability to buy paper goods from Amazon through Kindle.
2. Usability sucks. They didn’t think about how people would hold this device.
3. UI sucks. Menus? Did they hire some out-of-work Microsoft employees?
4. No ability to send electronic goods to anyone else. I know Mike Arrington has one. I wanted to send him a gift through this of Alan Greenspan’s new book. I couldn’t. That’s lame.
5. No social network. Why don’t I have a list of all my friends who also have Kindles and let them see what I’m reading?
6. No touch screen. The iPhone has taught everyone that I’ve shown this to that screens are meant to be touched. Yet we’re stuck with a silly navigation system because the screen isn’t touchable.

Now as far as I can tell, Scoble has 3 problems with the Kindle – Social Networking, eCommerce, and Usability. The usability seems fine to me on the Kindle, it takes about 30 seconds to figure out how to use the device and then it becomes second nature and most reviews have had a similar experience. In my opinion social networking has no place in a eBook device so that’s a moot point, however the ability to share your profile for thing like a book club might be something worth looking into. And finally eCommerce, the Kindle is a eBooks reader, not a supermarket! who wants to buy a toaster or mountain bike through a Kindle? I certainly don’t want to, I want to buy books and read on my Kindle. If I want to buy anything else, I will log into Amazon.com and purchase my goods that way. However, Scoble does have some valid points so the review is watching even if it it just to watch Scoble lose it.

You can check out the Videos here:

Whilst browsing around the net looking for Kindle related news to bring to you guys I stumbled upon Pocketnow.com. The guys over there have uploaded a very good, in-depth video review of the Kindle, I thought I would share it with you guys on this blog. Now the videos are quite in-depth, and they are spread out over 4 video each one covering a different aspect of the Kindle device. The videos go into a lot of detail on how the device works and what it is like to use every day. So if you are interested in buying a Kindle in the near future I would highly recommend these videos as they will give you a flavour of what you can expect when you own a Kindle device.

Talks about the carrying case of the Kindle, then give a tour of the hardware features of the device.

Talks about the reading experience of the Kindle, and show off the electrophoretic display (aka E-Ink).

Go over using the Kindle store and viewing Wikipedia.

Covers viewing a newspaper with the Kindle, and go over a few experimental features that you can use on the device.

Welcome to the first instalment of Sunday Night Links! As the week draws to a close, every Sunday night we will bring you Kindle links from around the web. Compiled form blogs, magazines, main stream media and other sources, we hope this link list will give you a definitive overview of what’s new regarding Kindle and what the community is talking about.

15 Things I Just Learned About the Amazon Kindle – BoingBoing

Which eBook Reader is the Best? – Slashdot

Kindle can light up your life – Chicago Sun Times

And finally on a more festive note, Merry Christmas to all our readers! So here is an amusing video for you to watch…