Thirty-something Josefa Rehmer is as smart and ambitious as they come, qualities that have earned her the enviable position of events manager at Loyn, an exclusive Zurich leather accessories company. But when Werner Schulmann is appointed to be her new supervisor, Josefa’s professional ambitions are dealt a serious blow. After all, it was Schulmann’s sexual harassment that nearly derailed her career years earlier. Unable to stomach the thought of working for such a man, Josefa resigns, abandoning Loyn for another local firm. But when Schulmann is murdered and Loyn’s CEO commits suicide, Josefa begins to suspect that something other than sexual impropriety is plaguing her former company. She sets out to uncover the truth and soon realizes the two deaths are just the tip of the iceberg. As she digs deeper, Josefa finds herself caught in a complex and dangerous web of blackmail, corporate espionage, and murder. And if she’s not careful, she will be the next one to take the fall. This dramatic tale of corporate intrigue doubles as an intricately plotted thriller about the darkest side of office politics and the people who will do anything to come out on top.

Bernadette Calonego was born in Switzerland and grew up on the shores of Lake Lucerne. A voracious reader from an early age, she fed her imagination with stories such as The Leatherstocking Tales, Ivanhoe, Treasure Island, and The Adventures of Huckleberry Finn. She was just 11 years old when she published her first story, a fairytale, in a Swiss newspaper. She went on to earn a teaching degree from the University of Fribourg, which she put to good use in England and Switzerland before switching gears to be a journalist. After several years working with the Reuters news agency and a series of German newspapers, she moved to Canada and began writing fiction. She has published stories in Vogue, GEO, and SZ Magazin and is the author of three novels. She lives near Vancouver.

Gerald Chapple is a prize-winning translator of German literature. He received his doctorate at Harvard and went on to teach German and comparative Llterature at McMaster University in Hamilton, Ontario. He has been translating contemporary German-language authors for more than 35 years. His recent prose work includes two books by the Austrian writer Barbara Frischmuth, The Convent School and Chasing after the Wind, completed with co-translator James B. Lawson; Michael Mitterauer’s probing history of Europe from 600 to 1600, Why Europe? Medieval Origins of Its Special Path; and Anita Albus’s wonderfully idiosyncratic book On Rare Birds. Bernadette Calonego’s gripping thriller set in Zurich marks his return to longer works of prose fiction and his debut for AmazonCrossing. After choosing early retirement, he lives in Dundas, Ontario, with his wife, Nina, an architectural historian, and two labradors. When he’s not translating, he can usually be found studying birds, butterflies, and dragonflies, reading, or listening to classical music.

Read how to open DMG file. 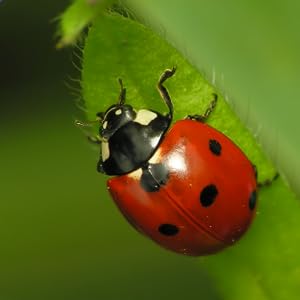 Master Gardener Pocket Guide is a application with can help you with your garden. It is free today only in the Amazon Appstore.  This app doesn’t have great reviews, but you can try it.

Master Gardener Pocket Guide, by SageMilk, is an Android app designed especially for gardeners who are enthusiastic about lawns, trees, shrubs, flowers, and gardens. With this handy tool you will learn more than 650 gardening and horticulture terms through quizzes, a dictionary, and flashcards. Hundreds of full color photos well help you to identify and classify plants and related diseases.