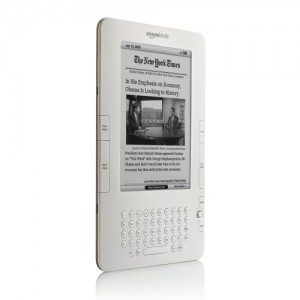 Earlier today on their Facebook page, later to be confirmed via the Twitter, Amazon(NASDAQ:AMZN) made the announcement that they will be adding Second Generation Kindles to their Black Friday Lightning Deals page at 9am(PT) on Friday the 26th.  Within minutes this announcement had been “liked” and commented upon by dozens of people in spite of the fact(or possibly even because of the fact!) that the link provided misdirected people to the current generation Kindle.

While this is the previous generation, that isn’t saying much against it.  The Kindle 2 is a great, really reliable piece of hardware that I would still stand up as competition against pretty much anything on the market.  It uses the same screen as the Nook eReader that was its ongoing competition, is nearly as compact as the current generation, and has access to all of the books, games, and applications(i.e. Facebook integration, web browsing, etc) that you would expect.  When it comes right down to it, you really can’t beat $89 for a Kindle of any sort given that the equivalent competition is going for $149.

P.S.  For those of you who have some holiday shopping left to do, check out this page that lists all of the upcoming Black Friday Deals from the Amazon movie collection.  Sure, Kindles make great gifts, but you can’t like everybody that much, right?