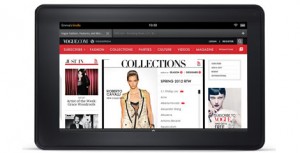 Amazon’s Kindle Fire does a few things that surprised people when it was announced a couple weeks ago, but probably nothing shocked people more than the inclusion of the new Amazon Silk internet browser.  The idea behind it is sound, allowing most of the work for web browsing to be done in the cloud so that the user experiences vastly reduced loading times and a generally superior browsing experience.  Obviously, however, the fact that the processing is being done by external computers raises some concerns in terms of privacy that need to be addressed.

Some have worried that Amazon would use customers’ browsing habits to customize sales pitches.  Others are concerned that once acquired this user data becomes a commodity that Amazon can hope to turn into profit.  Enterprise IT is definitely concerned with the presence of the Kindle Fire in the workplace this November for a variety of reasons.  Even Congress has gotten involved, making the assumption that Amazon would be collecting as much data as humanly possible about everything going through their servers.  In response to these concerns, Amazon has released some information to the Electronic Frontier Foundation regarding what data will be collected and how it will be used by the company.

The biggest concern for many people, especially those focused on their online privacy, is being forced to use the Amazon Cloud acceleration.  Worry no more: You CAN turn it off at any time.  In addition to opting-out by the user, anything encrypted will be routed from your Kindle Fire directly to the origin server.  This means that anything going on over HTTPS will remain totally off limits for Amazon by design.

In terms of what data is being stored, each session will be logged individually for 30 days.  This log will contain nothing more than requested URLs and timestamps.  In no way will names or user accounts be connected to these logs, nor can they be according to Amazon representatives.  Data may in some instances be even more secure than it would otherwise be since the connection to Amazon’s servers is always going to be encrypted regardless of what you are doing.

Is there still some reason to be concerned?  Of course.  Mostly, however, it requires far fetched scenarios.  Since each session is logged individually, it is unlikely that search history could be used to identify the user from logs.  That doesn’t mean impossible.  Amazon will also suddenly have access to a vast amount of information about browsing habits in general which could be used to inform future business moves.  There is even the chance that law enforcement will find ways to coerce the company to provide cached information for one reason or another.  In terms of individual user safety, however, it seems that things are looking pretty good.  Being singled out is all but impossible.

If you are still concerned, just remember that you can tell your Kindle Fire not to use this feature.  Even without it on, the Silk browser is reported to deliver a speedy experience.  It’s always better to be aware of what information you are letting out about your habits on the internet, however mundane those may be.  Overall, though, Amazon seems to have gone out of their way to avoid intruding on your privacy.