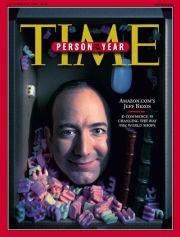 Rampage is literally the word to use in this instance. A Time magazine article last week said;

“on a title-by-title basis, of the 130,000 titles available on Kindle and in physical form, Kindle sales now make up over 12% of sales for those titles.”

That’s according to a Time magazine source inside Amazon, now consider that just two months ago Amazon CEO Jeff Bezos sat down with with Walt Mossberg at “D: All Things Digital Conference” and said;

Incredible! A doubling of sales in the publishing industry is unheard of! in two months Amazon has managed doubled sales with a device which many critics claimed was not ready for prime time. The supply problems and pessimistic early reviews haven’t dented growth at all.

Which begs the question, have Kindle users started to purchase more e-books? and is that because e-books are significantly cheaper than their printed counterparts? or has Amazon been selling a stack load of Kindle’s, far more than previously thought.

Time magazine has a theory;

A couple of things could explain the uptick. The Kindle quickly sold out shortly after it was unveiled on Amazon at the end of 2007. However, the company recently cranked up supply to meet demand, and cut the price at the end of May from $399 to $359. Some analysts estimate Kindle sales at around 55,000 a month. At the same time, the Kindle is quirkier than your average gadget, and consumers are learning how to use it. It’s possible that as Kindle owners warm up to the gadget — and as the library of titles rapidly grows — they increase the rate of their purchases. We now return you to more scrutable data points…

So we are asking you, have to started to purchase more e-books for your Kindle now that you have had the device for a few months? or have you recently purchased the Kindle and was that because of the price drop?

2 thoughts on “Kindle on the rampage, book sales double since May hitting 12%”