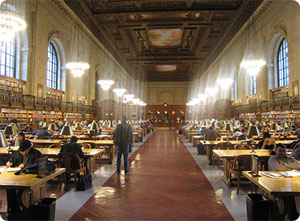 Gerrit van Dyk from Shaping Libraries reports that his interlibrary loan office approved pilot program for loaning Amazon Kindles to faculty staff. The idea is to serve book requests that would otherwise be cancelled because book in question is either new and not yet available in paper form in the library or too popular with all copies checked out. Roughly 10% of such books are currently available in the Kindle Store.

Currently the way it’s implemented is rather rudimentary and involves a lot of manual manipulations with Kindle devices and accounts because:

b) Before sending the Kindle out library staff de-registeres the device to prevent people from accidentally buying books under library account.

Wouldn’t it be great is Amazon were to set up a turn-key digital library solution in a form of special account that would allow hundreds of devices to be registered but would limit number of books checked out to this devices according to the number of books purchased. Instead of accessing Kindle Store, devices would access library catalog with the option of increasing number of book licences on-demand so if some customer absolutely doesn’t want to wait for the book to become available he can purchase one for the library at a fraction of the price (with remainder of the price to be paid by library).

However such system would require different Kindle device with either WiFi, Bluetooth or just wired connectivity because as library would loan out the same book again and again having to pay 12 center per megabyte transferred via WhisperNet would make such system unprofitable for Amazon.

1 thought on “Kindle Used By Library”