Each week we go through the top sellers on the list and give you our top 3 picks so to give you can get an idea of what to download for your Kindle. You can browse through The New York Times best sellers list on Amazon.com

Here are our top 3 books of the week following by the top 5 best-selling books in each category; 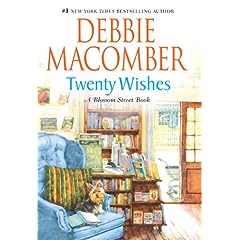 In Seattle thirty-eight years old Blossom Street Books owner Anne Marie Roche grieves the loss of her husband Robert who recently died. They had no children together though he left behind two adult offspring from his first marriage. Ironically they were separated seven months at the time of his demise, but Anne Marie cannot move past her loss; blaming herself in some ways.

Anne Marie and her friends celebrate Valentine’s Day together when she thinks about creating a list of things she wants to do but never has. Her friends do likewise as does eight year old Ellen Falk, her “Lunch Buddy”, a Woodrow Wilson Elementary School child she mentors like a Big Sister. Instead of performing her list, Anne Marie decides to make Ellen’s TWENTY WISHES come true.

It takes a village to raise a child as Debbie Macomber affirms with this heart felt thought provoking return to Blossom Street. The relationship between the Lunch Buddies is fabulously developed so that the adult gets as much or more from it than the child. Fans of character driven tales will want Ellen’s TWENTY WISHES especially one in particular to come true. – reviewed by Harriet Klausner 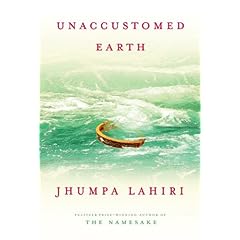 In this brilliant book, Lahiri sustains her control of characters and weaves tight stories. Her plots and characters move effortlessly through each vignette. Once again we meet the structured Bengali culture and their American children who never seem to completely belong in either world.

The stories emphasize intermarriage between a Bengali and an American but their coming together seems natural and no definitive blame is placed on troubled intermarriages. I had originally thought the stories wold be linked but only two were related directly.

Arranged marriages often make life easier . We learn about the strict, almost inflexible, Bengali families who come to America and desperately retain their sharp divide of women’s place and the man’s responsibility in a marriage. Not so when a Bengali girl or boy marries an American. Many of the alliances seemed anguished and incomplete. I didn’t feel any of the characters could find contentment.

What held every story together, whether it was a drunken husband or a grieving wife missing her Bengali mother, was the demanding emphasis on education. The Bengali expected their American son or daughter to become dstinctively educated at the very best Ivy schools to attain optimum success in their fields. This theme seem the overriding reason for coming to America. The Bengali wives remained tied to their Indian cultures and continued their obsequious responses to their husbands. They remained isolated and out of touch. Not their children who desperately tried to find a place for themselves in our rich country and liberal culture.

This was a wonderful book; she is one of the best authors. We are thrown into the plots from the very first sentences. She reminds me of Anne Tyler, taking simple people who live mundane lives, but who are quite complicated and intense. – reviewed by Mr. August “Literature lover”

Set in Stalin’s Soviet Union circa 1953, Child 44 is a dramatic, troubling tale of life under a repressive system that controls its citizens by regimentation and fear. Although the novel begins with the separation of two young brothers from a starving Ukrainian village in 1933, the events of that one day set in motion a terrible series of crimes that surface twenty years later, just prior to Stalin’s death. The protagonist, Leo Demidov, is a member of the State Security, the MGB, rigorously performing his assigned duties, arresting accused traitors for questioning, their sad fates ordained the moment these unfortunates are arrested. Days before his life is altered by the mischief of another, Leo is assigned an unusual case, the mutilated corpse of a child, of necessity declared an accident. There are no crimes, no mistakes in the Soviet Union, a rigid hierarchy that controls the population with propaganda and terror, survival the currency of repression, people accusing others in order to save themselves.

Buoyed by his investigative instincts and sense of invincibility, Leo has built an enviable life; when all that is necessary to establish guilt is accusation, it is not surprising when the finger of suspicion points at Leo, a jealous rival facilitating his fall. Leo has had no quarrel with his life, avoiding introspection until he and Raisa are the targets. Leo is demoted, the couple sent to a remote country village as punishment for an error in judgment. Once Leo is stripped of his power, the marriage is revealed as a sham. Raisa demands total honesty or she cannot stay. Then another child is found murdered, eerily similar to the one in Moscow, Leo caught in an impossible conundrum, not authorized to investigate crimes that do not exist in the eyes of the government. It is Leo’s profound emotional journey that is the heart of this intriguing, provocative novel. With Raisa as the catalyst for a dormant conscience, Leo risks everything to accomplish one good thing before the long arm of the MGB reaches out once more to deal another blow. For Leo is not deceived: his punishment has only begun, a reprieve before a final reckoning.

Relentless, Smith contrasts Leo’s awakening in an environment meant to stifle individuality, Leo’s soul blooming against a frozen landscape where horrors are perpetrated by a madman and a government that cannot bear scrutiny. This protagonist does not survive unscathed, battered by a government meant to intimidate, to silence dissension. The rigid constraints of a lifetime give way to Leo’s quest for justice, a surprising tie to a forgotten past adding unexpected complications, Leo and Raisa under constant threat from one man’s determination to see Leo punished for his earlier successes. The prose is consistent, compelling, the plot brilliantly sustained until the inevitable confrontation with the MGB. Dredging unexpected moments of humanity from morality’s massive graveyard, Smith has written a stunning indictment of political repression in collision with hope. – reviewed by Luan Gaines “luansos”

* These reviews are taken from Amazon.com customer/editor reviews and do not necessarily reflect the views or opinions blogkindle.com

Top 5 Books In Each Category

Hardcover Fiction
1. THE HOST, by Stephenie Meyer
2. SUNDAYS AT TIFFANY’S, by James Patterson and Gabrielle Charbonnet
3. PHANTOM PREY, by John Sandford
4. THE WHOLE TRUTH, by David Baldacci
5. CARELESS IN RED, by Elizabeth George

Hardcover Nonfiction
1. AUDITION, by Barbara Walters
2. HOME, by Julie Andrews
3. ARE YOU THERE, VODKA? IT’S ME, CHELSEA, by Chelsea Handler
4. A REMARKABLE MOTHER, by Jimmy Carter
5. THE POST-AMERICAN WORLD, by Fareed Zakaria

Hardcover Advice
1. THE LAST LECTURE, by Randy Pausch with Jeffrey Zaslow
2. JUST WHO WILL YOU BE?, by Maria Shriver
3. THE SECRET, by Rhonda Byrne
4. THE ONE MINUTE ENTREPRENEUR, by Ken Blanchard, Don Hutson and Ethan Willis
5. THE SOUTH BEACH DIET SUPERCHARGED, by Arthur Agatston with Joseph Signorile

Children’ Books
1. READ ALL ABOUT IT!, by Laura Bush and Jenna Bush
2. GALLOP!, written and illustrated by Rufus Butler Seder
3. SOMEDAY, by Alison McGhee
4. DIRT ON MY SHIRT, by Jeff Foxworthy
5. ALPHABET, by Matthew Van Fleet

Paperback Nonfiction
1. EAT, PRAY, LOVE, by Elizabeth Gilbert
2. THREE CUPS OF TEA, by Greg Mortenson and David Oliver Relin
3. MARLEY & ME, by John Grogan
4. THE AUDACITY OF HOPE, by Barack Obama
5. 90 MINUTES IN HEAVEN, by Don Piper with Cecil Murphey

Paperback Advice
1. A NEW EARTH, by Eckhart Tolle
2. THE POWER OF NOW, by Eckhart Tolle
3. HUNGRY GIRL, by Lisa Lillien
4. WHAT TO EXPECT WHEN YOU’RE EXPECTING, by Heidi Murkoff and Sharon Mazel
5. SKINNY BITCH, by Rory Freedman and Kim Barnouin