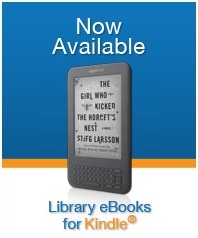 If you follow the e-book publisher news, you might have seen some mention of the major publisher Penguin Group’s decision to take away, then restore their titles to OverDrive.  OverDrive is used by many libraries to deliver e-books to their patrons.  States including North Carolina have a digital library that is run through OverDrive, and it is the place where patrons have to go to download books for all e-readers, tablets, and smartphones.

A couple of months ago, Amazon began offering Kindle e-books to 11,000 and counting libraries nationwide through a partnership with OverDrive.  The service is extremely popular with library patrons, and there are already long waiting lists for popular titles.

Penguin will restore their titles at least until the end of 2011, and is working with OverDrive to write up some regulations that will fit their needs.

Does this whole issue mean that publishers are starting to freak out about whether allowing library lending will impact their e-book sales?  Probably.  But at the same time, it is also adding libraries to their consumer list.  Libraries have to purchase copies of the e-books just like they do regular ones.  I wonder if there was a big fight with the publishers when libraries started buying books way back when?

I think that the bigger thing that is hurting e-book sales overall is the higher prices.  Kindle e-book prices have gone as high as $16.99, which no one could reconcile paying that for an e-book unless there is no other cheaper option.  The good news is that there are plenty of Kindle e-books out there that are free or reduced price. Most of them are older ones, or ones written by self published authors.

On another thought, in the past, library patrons have checked out newly released books at the library, and then purchased them later if they really liked them.  The same idea will most likely go for e-books.

It will be interesting to see what other major publishers such as HarperCollins and Random House do as Kindle library lending becomes more popular.

2 thoughts on “What Impact will Kindle Library Lending Have on E-book Sales?”