Today’s Amazon daily deal are: ebook “The Hitman’s Guide to Housecleaning” by Hallgrimur Helgason for $0.99 and a game Heavy Gunner free for downloading today only.

With some 66 hits under his belt, Tomislav Bokšić, or Toxic, has a flawless record as hitman for the Croatian mafia in New York. That is, until he kills the wrong guy and is forced to flee the States, leaving behind the life he knows and loves. Suddenly, he finds himself on a plane hurtling toward Reykjavik, Iceland, borrowing the identity of an American televangelist named Father Friendly. With no means of escape from this island devoid of gun shops and contract killing, tragicomic hilarity ensues as he is forced to come to terms with his bloody past and reevaluate his future.

Toxic, the hero of Hallgrimur Helgason’s The Hitman’s Guide to Housecleaning, had a record of 66 perfect kills. Then came the 67th–an undercover FBI agent–and suddenly he found himself in Iceland with a new identity. Oops. Avoid this kind of careless error by following Toxic’s handy tips.

1. Don’t miss the target. People tend to get a bit upset if they notice you’re trying to kill them.
2. Don’t waste a bullet. You have to think about the environment, too–you really shouldn’t add an unnecessary gunshot to an already noisy city.
3. Morning is for murder. Nobody expects a bullet for breakfast.
4. Don’t kill a priest. He who kills a man of the church will be killed by a church.
5. Don’t confuse killing and murder. Murder is for amateurs, killing is for the professionals.
6. If you have to take on another person’s identity, never let it be a priest. With that collar around your neck, your sex appeal is gone.
7. When you’re dating, don’t talk about your job–unless you’re overseas. Foreign girls are crazy about guys who kill Americans.
8. Embrace every new passport they give you. It’s always nice to get a new life now and then.
9. Don’t kill the wrong guy. Or you’ll end up in Iceland.
10. When in Iceland, stop the killing. There are so few of them. 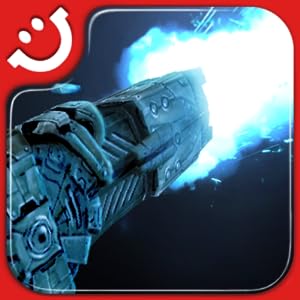 Dust off that bandana, light your cigar, and put away your teddy bear, because it’s time to become a turret-turning, machine-gun wielding soldier! Get ready for the ultimate melee in Heavy Gunner, an intergalactic shooting game for your Android device. With its manic action and tilt control, Heavy Gunner is the kind of game that will keep you on the edge of your seat. Be the last man standing in defense of humanity. Now get started!

Are you the type to complete a campaign where your aim is to eliminate the target in a series of operations or do you prefer test your ability and endurance with challenge mode? Either way, Heavy Gunner has you covered. In Campaign Mode you have a designated amount of time to complete the objectives and two difficulty levels. Challenge Mode offers an Infinite option where you have endless enemies in five different scenarios as well as a Survival option with 50 stages of extreme situations. Conquer both if you’re tough enough.

Outfit your tank with the meanest, deadliest weapons possible. As you play through the game, you earn points to purchase or upgrade your weaponry. To arm your tank, select up to two weapons that can be used alternately in battle.

Heavy Gunner features robust setting options to customize the gameplay experience. You can calibrate the settings to your device and play style. Choose from tilt or touch controls, adjust the sensitivity, select touch style from multi- or single-touch, and select priority from speed or quality.

There are dozens of unique achievements to earn in Heavy Gunner. Earn achievements by racking up enemy kills, getting upgrades, clearing stages and chapters, and more. The app also features local leaderboards to track your high scores.