There are two major updates to the story about Amazon deleting George Orwell books from customers’ Kindles.

First off, the reasons for the deletion have become more clear.  The books were added to the Kindle store by MobileReference, a company which focuses on the publication of works already existing in the public domain.  While Orwell’s works are public domain in most countries that MobileReference sells in, they still fall under copyright in the US.  Which just so happens to be the only country where Amazon sells the Kindle.

A complaint was made to Amazon by the copyright owners.  Amazon caved to the publisher’s pressure and, since their sales of the books were never legal to begin with, retroactively un-purchased every copy.  There actually seems to be some debate as to whether this violates the Kindle’s license agreement.  For example, the Electronic Frontier Foundation believes the agreement doesn’t leave room for Amazon to take away already purchased books.  Such speculation is most likely pointless, however, since the illegality of the Orwell books distributed probably skirts around the terms of use and Amazon wouldn’t have done the deletions if their lawyers hadn’t cleared it in the first place.

The second piece of news is that Amazon is claiming this will not happen again.  The company issued a statement, sent as an Email to various tech publications.

We are changing our systems so that in the future we will not remove books from customers’ devices in these circumstances.

It’s good to see that Amazon is reacting to the negative reaction they have received.

George Orwell is a pen name of English author Eric Arthur Blair; he is most known for his novel Nineteen Eighty-Four and the concepts like “thought police” and “doublethink” derived from it.  In 2005 the book was listed among the hundred best English-language novels published since 1923. Now this novel as well as some other works by George Orwell are available in Kindle edition.

Nineteen Eighty-Four (published in 1949) is a classic dystopia showing a repressed society with a totalitarian regime where the rights of an individual are totally sacrificed for national politics. To keep control over population, the government develops a complex invasive system of surveillance (“Big Brother is Watching You“), propaganda and “Newspeak” (a language based on English but with a much smaller vocabulary and grammar simplified to make it impossible to commit “thoughtcrime”, any alternative thinking). The book was written in 1948; some scholars believe that the title was derived from this year as Orwell reversed the numbers on purpose to show that the events taking place in the novel were not so distant, rather they might be contemporary. “The story of one man’s nightmare odyssey as he pursues a forbidden love affair through a world ruled by warring states and a power structure that controls not only information but also individual thought and memory, 1984 is a prophetic, haunting tale.”

Animal Farm (published in 1945) is another dystopian masterpiece by George Orwell. In 1996, it won a Retrospective Hugo Award; Modern Library ranks it 31 among Best 20th-Century Novels. At first, the author had great difficulty getting it accepted; one of four publishers finally agreed but later refused to publish the manuscript, having consulted with the Ministry of Information. At last, the first edition was published by Secker and Warburg in 1945. In a satirical allegory, Orwell severely criticizes Stalinism and outcomes of Bolshevik Revolution; though allegedly stating that all are equal, they created “more equal species” corrupted by power and greed. “Fueled by Orwell’s intense disillusionment with Soviet Communism, Animal Farm is a nearly perfect piece of writing, both an engaging story and an allegory that actually works.” 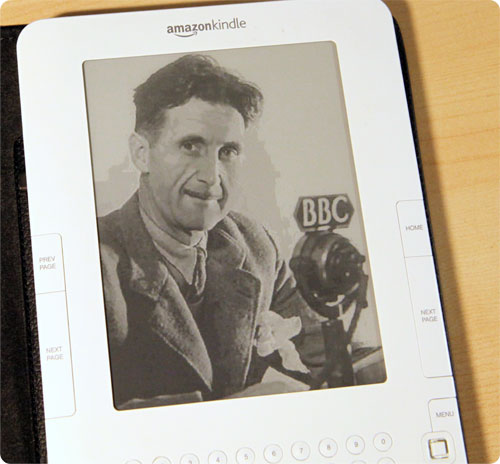