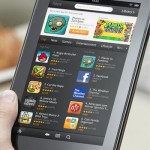 While overall the response the the Kindle Fire has been overwhelmingly positive, there have been a number of ongoing complaints that hold some merit.  Some professional critics, as well as Amazon.com reviewers, have been incredibly negative.  In response to some of the more important issues, Amazon is planning to release a content update within the next two weeks.  That does not necessarily tell us what will be addressed, of course, but educated guesses are possible.

Much of this is speculation, of course, but there are a few things that need to be taken care of right now that Amazon would be foolish to delay on.  My predictions:

Likely To Be Addressed

Some users have experienced ongoing problems with their WiFi connections.  Whether these take the form of a complete inability to connect or an intermittent and unreliable connection, they get in the way of enjoying what is meant to be a portable means of streaming internet content.

Let’s face it, no matter how this was marketed it would end up in the hands of kids.  It’s durable, gives easy access to books and movies, and lasts for hours.  It makes little sense, then, to have such vague and occasionally buggy parental controls.  Censorship might be bad, but few people think that everything a parent enjoys is suitable for their children.

Expect something that will allow either blocking of media content based on content ratings or a Whitelist system to designate child-approved titles.  The ability to remove items from the home screen’s shelf and the account’s app selection will be vital in this area as well.

While usually fine, in my experience, the Kindle Fire occasionally has a spurt of input lag that gets in the way of a seamless user experience.  My understanding is that this some people far harder than it has me, possibly depending on what the tablet is being used for.  Look for some degree of performance optimization to address this.

The Silk web browser is a decent enough application for a mobile device, but has yet to really impress people.  A great deal of that is that it will take time for the predictive features made possible by the two part browser setup to begin paying off in any major way, but we can’t count on that ever happening until proof shows up.  For now it would be enough to get the ability to prioritize mobile versions of sites, since the 7″ screen is less than ideal in some cases.

Missing up to this point has been the ability to organize your purchases, be they books or apps, in any way.  They are simply either on the Kindle Fire or in the Cloud.  This is something that I am certain will come up down the line, but it is unclear how much of a priority it will be.

Let’s face it, the Nook Tablet is currently doing precisely one thing that is clearly superior to the Kindle Fire.  It draws from the HD stream on Netflix content and downscales rather than the other way around.  No reason this should not be an option for Kindle owners, though this may be dependent more on a Netflix agreement than a device update.Learn how to open BIN file.

We’ll know soon enough what is going to be addressed. and I think it is fair to assume that while the vital fixes will be quick they will also be followed by more substantial feature improvements as time goes on.  If nothing else, if the next generation of Kindle Fire is expected as early as six months from now then they’ll want to be optimizing in the meantime.