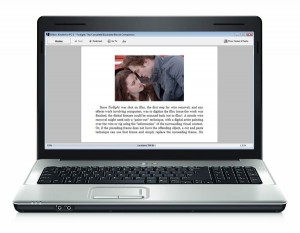 A day after Amazon’s May 10 announcement regarding plans to offer Kindle for Android, Amazon announced updates for its Kindle for PC application.  The article from eWeek suggests that Amazon’s recent actions might be in response to increased competition from the iPad, Nook, Sony E-reader and others.

Kindle for PC’s new features include the ability to edit notes and marks, change background color, adjust screen brightness control and includes a full screen reading mode.  Amazon’s Whispersync technology transfers notes, bookmarks and “last pages read” between a PC, smartphone and the Kindle.  By adding these adjustments to the application, Amazon has made it much more user friendly.

Jay Marine, Director of Amazon Kindle wrote: “Kindle for PC lets customers enjoy more than 540,000 books in the Kindle Store even if they don’t yet have a Kindle, and it’s the perfect companion application for the millions of Kindle and Kindle DX owners.” Amazon seems to be heading into the predicted direction of gearing their market towards software, despite solid Kindle device sales.

Amazon also recently announced plans for a new update to the Kindle and Kindle DX called Version 2.5.  In this version, users will be allowed to share passages with friends on Facebook and Twitter.  It will also include Collections, which categorizes books and documents on the Kindle into different sections based on the subject, and Popular Highlights, a passage from a book or document that the Kindle community finds the most interesting.  Content sharing is “the big thing” right now.  It will be an interesting trend to watch in terms how how the Kindle will work with it.