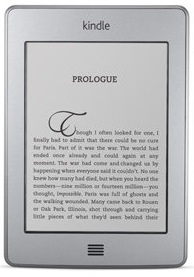 Continuing a trend of building their international presence, both in eBooks and beyond, Amazon appears to be making arrangements to bring their Kindle line to Japan as early as then end of this year.  While the company has been operating their Amazon.jp site for some time now, there have been complications in offering customers the Kindle until this point.  Hopefully that is soon to be a thing of the past.

Japanese publishers have shown themselves to be very hesitant to allow Amazon to acquire content, citing concerns about the online retail giant’s increasing level of control and influence in anglophile markets.  This, in addition to Amazon’s habitual price cuts led to them to question whether there was money to be made in Kindle Store content.

After Sony’s recent successful entry with the Reader PRS-650 at the beginning of this year, though, there has been reason to hope these companies are coming around. If nothing else, there is definite pressure from consumers who are quickly growing increasingly familiar with the potential of eBooks and eReaders and want to be able to take advantage of them.The solution to the publisher impasse seems to have taken the form of building a predefined framework for the timing and rate of discounts.  Publishers will, according to reports, be consulted before any such discounts were put in place.

Should Amazon manage to carve out a place for the Kindle in the Japanese eBook market, it could be a huge move.  Right now this space has been comparatively underexploited for a variety of reasons.  To make it work, however, they’ll need to do more than just set up a Kindle Store.

The first step will be getting the entire newest generation of Kindle eReaders out there.  The Kindle 4 and Kindle Touch, due to their virtual keyboards, both provide the ability to display Japanese characters in every part of the eReader’s function.  Just one advantage of doing away with the physical keyboard, I suppose.  Without the Kindle Touch, however, competing with even the Sony PRS-T1 would be difficult no matter the price of the Kindle 4.  Right now Amazon.uk is offering the Kindle 4 and the Kindle Keyboard without the touchscreen model, but that won’t do much good in an area where the English keyboard is less useful. These need to be available not just online but in retailers as well.  Exposure will be vital, and partnerships will need to be formed.

While the Kindle Fire is currently only available for pre-order in the US, it would make a great deal of sense for Amazon to push Japan as the first other market to get access to it.  Unfortunately, given that this would require a lot of effort to grab distribution rights in a wide variety of media forms it seems like a long shot.  An effort by Amazon to acquire these rights and expand its influence seems to be inevitable, but it won’t come quickly or easily and a half-hearted attempt would do more harm than good.