We are well aware now what the big Apple announcement for January was: their new iBooks Author program.  It is a program that allows for easy creation of books, most notably textbooks, for free.  iBooks might have failed to kill the Kindle platform, even given the whole Agency Model collusion with publishers (the legality of which we’ll have to wait and see about), but that doesn’t mean they’re ready to give up.  After some experimentation with the new program I find myself conflicted.  I wanted it to be mediocre, but it’s not.  And therein lies the problem.

You see, there is a bit of a problem with the program’s EULA.  It won’t be a deal breaker for just anybody, but there is definitely important information to be aware of.  By using the iBooks Author program, you are agreeing that not only will anything you sell be available in Apple’s eBook store but also will never never be sold for the Kindle, Nook, or any other non-Apple device.

Before going into the subtleties of the wording, and there are a few arguments with varying degrees of merit that have been made toward the harmlessness of this clause, consider that this can definitely be read as a response to the recent Amazon effort to gain author exclusivity.  The only difference is that Amazon brings in authors with a chance at more money while Apple just quietly restricts their distribution rights with a clause that users not only never explicitly accept, but don’t even see unless they go out of their way.

That said, there are a few situations where I think this will be an extremely valuable thing to have.  If you are planning to create and distribute your work permanently free of charge, I have yet to find a more intuitive, affordable tool for making textbooks or manuals.  If your book was always intended to be marketed primarily to users of the iBooks store, this probably won’t have much of an impact on you.

Now, let’s acknowledge some ambiguities in the wording and clarify some of the many common points of contention:

The definition of “Work” used in the EULA clearly indicates that anything generated using the software counts.  It does not matter if you export to PDF, for example.

Anything you create is yours from the moment you create it unless you explicitly hand over permission.  What Apple is doing is telling you where you can sell it.  Using iBooks Author allows them to restrict distribution of your work, but otherwise seems to offer them no rights to it.

All This Applies To Is The Formatted Product, Not The Content:  AMBIGUOUS

Leaving aside the textbook for a moment and assuming we are talking about a book that is completely text based.  If you want to release a Kindle version, it would seem possible to just copy the text and reformat.  The wording of the EULA describes “Work” recursively as “any book or other work you generate using this software”.  This can, and hopefully would be, read to mean that only the final, fully formatted output is affected, but the ambiguity is troubling.

It Is Free Software, They Have A Right To Expect A Return:  TRUE-ISH

Nobody is forcing you to use this program.  It is being provided free of charge by Apple and provides far greater functionality than any other free program out there for the same purposes.  Most such restrictions are aimed toward restriction the active use of the software rather than restricting how a creator can manage their own work, though.  Neither illegal nor unprecedented, but odd and somewhat troubling.

This one comes up a lot.  Despite the large number of advertisements being done involving the cooperation of such publishers as Pearson and McGraw Hill in the iBooks Textbook initiative, there has been no indication that they are contributing work under the same agreement.  This is free software pointed at teachers and authors in the advertising (particularly the promo video).  It has bundled templates to simplify the work, a simple drag and drop interface, and tons of automation.  There is depth for those who need it, but definitely not aimed solely at experienced professional textbook publishers.

Apple Can Prevent A Finished Book From Ever Being Sold:  TRUE

All that is required for a book to be covered by these restrictions is that it be a product of iBooks Author.  Publication is neither automated nor guaranteed, and just because Apple turns you down does not mean that you are free to market your work through another platform or sell through your own means.

Apple is effectively offering the same cut of all sales to authors as the vast majority of authors receive when selling for the Kindle and nearly the same (within 5%) as that offered to Nook sellers. 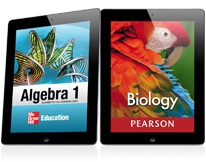 Now, I’m not about to claim that this is the most horrible thing ever done to authors or even that it is deliberately malicious.  Some have claimed that just as this is a 1.0 software, so is the EULA in early versions too and ambiguity will inevitably be removed.  If so, and there was no intent to deceive or control, so be it.  It is already a complicated enough process to get anything out of your eBooks that authors should be aware of what they are getting into, though.  I, for one, wouldn’t want to be locked out of the Kindle platform by accident when that’s where all the readers are.

This is good software.  Possibly great software.  But the limitations aren’t the same as you get when publishing a Kindle Edition, where all you need to worry about is not selling things cheaper elsewhere.  Under the current wording it seems to literally stop you from reaching an audience.  That’s just unpleasant, and something that people need to be aware of when deciding whether or not iBooks Author is for them.