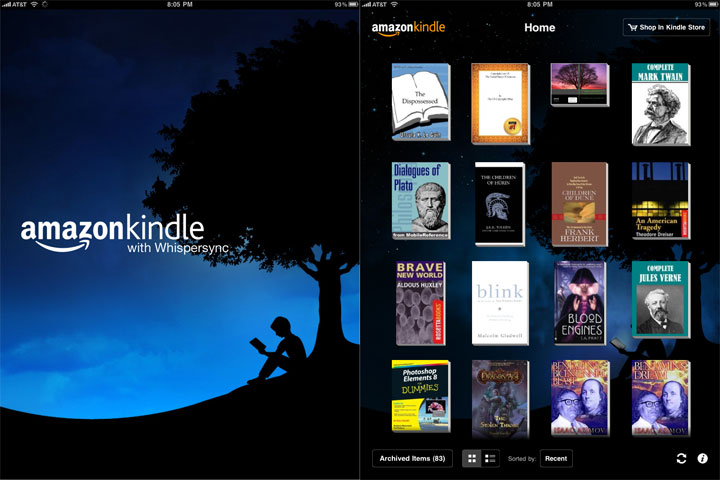 Since pretty much the start of the Kindle platform, it’s been all about the availability.  Sure, you can get yourself a physical Kindle and it’s amazing, but part of the convenience is knowing that whether you’re at work and have a free moment at the PC or on the subway with nothing but your iPhone, you can pull up your book and pick up right where you left off.  It’s always nicer to read on your Kindle, but the apps are what makes the eBook stand out for many people as a worthwhile purchase.

Unfortunately, and whether that is unfortunate for Amazon or for iOS users remains to be seen, Apple has decided that eReading apps are far too popular for them not to take a cut if they can manage it.  Sony’s Reader app was just denied a place in the App store and others dealers, including Amazon, will have until March 31st to bring themselves into line with the newly enforced policy related to that denial.  Namely, users are no longer going to be allowed to view purchased material from outside sources unless that same material is available for purchase directly through the app that would be used to view it.  Which means, basically, that Apple is wanting a 30% cut of all eBook sales.

What happens next is still up in the air, but the ball is in Amazon’s court, so to speak.  It’s possible that we could see them do nothing.  Judging entirely by the few iPad users I know, many would be outraged by the removal of the Kindle app and bought it for very little besides its capability as a reading device.  Frankly, I gather that iBooks has proven disappointing.

It’s also entirely possible that Amazon could cave in and put a convenient purchase option in their Apps, with a markup for the convenience.  I don’t know how that would square exactly with the Apple rules in the long run, but at least there would be some way to buy besides the Amazon website’s Kindle Store.  Maybe some people would even use it, not knowing better or because it’s quicker than flipping over to a web browser.

The one thing I absolutely cannot see happening is Amazon just letting Apple take a 30% cut out of existing purchase prices.  One of their biggest pushes in the last year has been to attract new authors interested in publishing cheap eBooks directly through the site.  The big push is the 70% royalty option, of course.  Does anybody really believe that Amazon is willing to give up their cut in its entirety?  Or that the attraction for authors would be nearly as great if they knew that they would only be getting 49% instead of their supposed 70% on any iOS purchase(($1 *.7)*.7=$0.49)?  I don’t. Read how to open KEY file.

When you sum all this up, it seems like the only people that Apple can hope to hurt with this move will be their own customers.  I get that they feel like they deserve money since it’s their device being used, but it’s a bit late to start pulling that.  Call having the app a value adding opportunity for your hardware sales and leave it at that.  The Kindle vs iPad comparisons and debates are only fun when they both do the same job still!