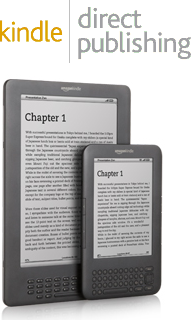 We can take it for granted today that the future of book publication revolves around the eBook.  Yes, I will acknowledge that it is unlikely to ever be the sole medium available to readers, but I would definitely say that it will be increasingly seen as the standard from here on out.  This was obvious even before Amazon(NASDAQ:AMZN) announced their recent comparison of paperback and Kindle book sales.  So, where does this leave the publishing industry?

In many ways instances, new authors had come to see the big publishing houses as unapproachable.  They had their big names that they were banking on and the chances of being the one new author in a hundred, or a thousand, to get a positive response was daunting.  People have said that more authors are springing up than ever before.  I don’t buy that.  People write and it’s only now that it’s been possible for even hobbyists to get their work out there.  That is what the move to digital book platforms like Amazon’s means for writers.  A chance to survive, or fail, on your own merits without the need of attracting a patron.  At least in theory.  You’re going from a traditional payment play to some form of micro-payment system where every person with a Kindle is a potential backer of your work.  Sure you lose security in the process, but you’d have only had that if you managed to break in in the first place.

It’s an interesting new environment that emphasizes different values than we might expect.  The downside of self-publishing, no matter how easy the actual process of book creation is, is self-promotion.  Not much of a chance that you’re going to be the next big thing if you can’t let people know that you wrote a book, that your book is about something they might be interested in, and, at a slightly later stage, that there are people who have read your book and enjoyed it. Word of mouth is useful, of course, but really this seems to turn writers into public figures to an unprecedented degree and would seem to cause success or failure to rest on the endurance and adaptability of the author rather than the strength of the work they have produced.

I’m going to admit that when I started writing this, I was taking a negative view on that.  It seems to cheapen the experience and draw value away from what I really believe to be the only thing that should matter when you’re deciding what to read: the Book.  But really, what’s new there?  The only difference now is that readers really have a chance to vote with their wallets.

If you have a nearly unlimited field of books to choose from, it can’t be worse than an industry that seems to have basically coasted along on a couple dozen big names for as long as anybody can remember, can it?  Yes, we’ll lose some great authors at the side of the road because they didn’t have the drive, personality, time, skills, or whatever, to be their own publicists, but there’s not much doubt in my mind that we’ve been losing far more than that before now than ever will be the case again.  So…gonna go with the Kindle platform and its attached self-publishing options as being a good thing in my opinion. The draw away from the big publishing houses should help more than it hurts, I hope.

Any thoughts from you guys?

9 thoughts on “Considering the Future of Kindle Publishing”