Today Amazon proposes to buy a book written by Nicholas Rankin with title “A Genius for Deception : How Cunning Helped the British Win Two World Wars”  just for $1.99.

In February 1942, intelligence officer Victor Jones erected 150 tents behind British lines in North Africa. “Hiding tanks in Bedouin tents was an old British trick,” writes Nicholas Rankin; German general Erwin Rommel not only knew of the ploy, but had copied it himself. Jones knew that Rommel knew. In fact, he counted on it–for these tents were empty. With the deception that he was carrying out a deception, Jones made a weak point look like a trap.
In A Genius for Deception, Rankin offers a lively and comprehensive history of how Britain bluffed, tricked, and spied its way to victory in two world wars. As he shows, a coherent program of strategic deception emerged in World War I, resting on the pillars of camouflage, propaganda, secret intelligence, and special forces. All forms of deception found an avid sponsor in Winston Churchill, who carried his enthusiasm for deceiving the enemy into World War II. Rankin vividly recounts such little-known episodes as the invention of camouflage by two French artist-soldiers, the creation of dummy airfields for the Germans to bomb during the Blitz, and the fabrication of an army that would supposedly invade Greece. Strategic deception would be key to a number of WWII battles, culminating in the massive misdirection that proved critical to the success of the D-Day invasion in 1944.
Deeply researched and written with an eye for telling detail, A Genius for Deception shows how British used craft and cunning to help win the most devastating wars in human history. 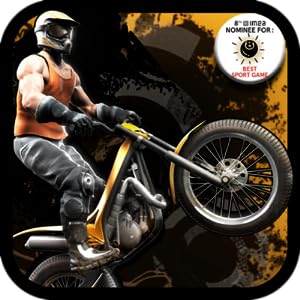 Satisfy your inner-adrenaline junkie by bringing some extreme dirt biking to your Android device. Live vicariously through Trial Xtreme 2 with an ultra-realistic rider and incredibly accurate bike physics.

Trial Xtreme 2 is the sequel to the hit Trial Xtreme, packed with with more levels, amazing new graphics, and more blistering motorcycle stunt action than ever. Crank up the throttle, rev your engine, and negotiate your way across 36 new action-packed levels. Trial Xtreme 2 uses the cutting edge NVIDIA PhysX engine which provides icredibly realistic physics-based action and an intuitive tilt-control system using your phone’s accelerometer. You’ll have the most realistic ride of your life, demanding skill and concentration to take your bike riding skills to the max.

This is an unforgiving environment for rookies. See if you’ve got the skills to master the rough tracks. Use the responsive tilt-based controls to navigate your bike across ramps, exploding barrels, jumbo tires, and other obstacles. Unless you want to eat dirt, it’s all about balance, skill, and control.

Do Not Try This at Home; Try it on Your Android

These stunts may be ill-advised, but aren’t they fun? Incredible graphics bring your rider and game to real life. The ultra-realistic physics actually allows you to feel everything as you flip, jump, bump, and crash your way through the obstacles. Share your dare-devilish tomfoolery with your friends. Max out your score and compete against the world through OpenFeint.

You can download this game for free today only here!