Today Amazon offers Against the Law (The Raines of Wind Canyon) by Kat Martin just for $1.99

At thirty-two Dev is “mostly retired” from Raines Investigations, content to run operations from his sprawling Arizona home. But Dev has never been able to say no to a beautiful woman, so when Lark Delaney comes to him for help, the former U.S. Army Ranger from Wind Canyon gets back in the game.

Lark is sexy, successful and dedicated to tracking down the baby girl her sister gave up for adoption. It should be a straightforward case, but it’s not long before Dev uncovers a shady adoption ring and worse—the child’s parents have been murdered and the little girl has been taken.

As the case grows dangerous and Lark needs him more than ever, Dev can’t ignore his growing attraction for her. He also can’t trust his judgment with women or the emotions he’s long-since buried. But there’s a chance, if he gets this right and saves Lark’s niece, that he’ll end up saving himself, too.

Kat Martin began writing in 1985 and quickly became a New York Times bestselling author. She’s written over 50 romantic suspense, historical and contemporary novels, and is the author of over 11 trilogies that range from the historical to the paranormal. Her works have been published in 12 languages and more than 24 countries. She’s married to Larry Jay Martin, an author, screenplay writer and blogger. Fans can follow her on Facebook, Twitter, MySpace, LinkedIn and Squidoo.

Ralph Tells a Story by Abby Hanlon costs only $1.99.

With a little help from his audience, a young storyteller gets over a solid case of writer’s block in this engaging debut. Despite the (sometimes creatively spelled) examples produced by all his classmates and the teacher’s assertion that “Stories are everywhere!” Ralph can’t get past putting his name at the top of his paper. One day, lying under the desk in despair, he remembers finding an inchworm in the park. That’s all he has, though, until his classmates’ questions—“Did it feel squishy?” “Did your mom let you keep it?” “Did you name it?”—open the floodgates for a rousing yarn featuring an interloping toddler, a broad comic turn and a dramatic rescue. Hanlon illustrates the episode with childlike scenes done in transparent colors, featuring friendly-looking children with big smiles and widely spaced button eyes. The narrative text is printed in standard type, but the children’s dialogue is rendered in hand-lettered printing within speech balloons. The episode is enhanced with a page of elementary writing tips and the tantalizing titles of his many subsequent stories (“When I Ate Too Much Spaghetti,” “The Scariest Hamster,” “When the Librarian Yelled Really Loud at Me,” etc.) on the back endpapers. An engaging mix of gentle behavior modeling and inventive story ideas that may well provide just the push needed to get some budding young writers off and running. (Picture book. 6-8) Kirkus, September 2012

Abby Hanlon has a master’s degree in early childhood education from the City College of New York and bachelor’s from Barnard College, Columbia University. Abby has taught creative writing and first grade in the New York City public school system. Inspired by her students’ storytelling and drawings, Abby began to write her own stories for children. Determined to illustrate her stories, Abby taught herself to draw after not having drawn since childhood. Ralph Tells a Story is her first book. Abby lives in Brooklyn, New York, with her husband and their two children. 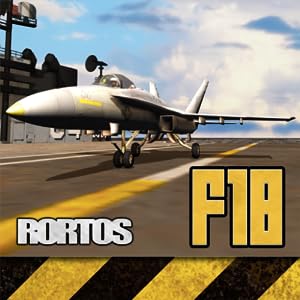 F18 Carrier Landing is a free game for 1 day.

Landing on a flight deck is one of the most difficult things a navy pilot will ever do. The flight deck only has about 500 feet (about 150 meters) of runway space for landing planes, which isn’t nearly enough for the heavy, high-speed jets F/A-18 Hornet. Like a Top-Gun pilot enjoy afterburner, tonneau, loop.

You will be the pilot of F/A-18 Hornet, F-14 Tomcat and C-2A Greyhound aircraft flying in virtual environments with a stunning graphic. You will have the possibility to see again your performances with 30 seconds REPLAY function with the possibility of changing the point of view switching between several cameras and immediately share personal screenshots on Facebook and Twitter!
And when you will reach your best score let share it in the GameCenter. For a worldwide challenge!