Berlin Diary: The Journal of a Foreign Correspondent 1934-1941 by William Shirer L. is the first book in today’s daily deals set with price $1.99.

A radio broadcaster and journalist for Edward R. Murrow at CBS, William Shirer was new to the world of broadcast journalism when he began keeping a diary while in Europe during the 1930s. It was in 1940, still a virtual unknown, that Shirer wondered whether his reminiscences of the collapse of the world around Nazi Germany could be of any interest or value as a book.

Shirer’s Berlin Diary, which is considered the first full record of what was happening in Germany during the rise of the Third Reich, first appeared in 1941. The book was an instant success. But how did Shirer get such a valuable firsthand account? He had anonymous sources willing to speak with him, provided their identity remained protected and disguised so as to avoid retaliation from the Gestapo. Shirer recorded his and others’ eyewitness views to the horror that Hitler was inflicting on his people in his effort to conquer Europe. Shirer continued his job as a foreign correspondent and radio reporter for CBS until Nazi press censors made it virtually impossible for him to do his job with any real accuracy. He left Europe, taking with him the invaluable, unforgettable (and horrific) contents of his Berlin Diary.

Berlin Diary brings the reader as close as any reporter has ever been to Hitler and the rise of the Third Reich. Shirer’s honest, lucid and passionate reporting of the brutality with which Hitler came to power and the immediate reactions of those who witnessed these events is for all time.

William Shirer (1904-1993) was originally a foreign correspondent for the Chicago Tribune and was the first journalist hired by Edward R. Murrow for what would become a team of journalists for CBS radio. Shirer distinguished himself and quickly became known for his broadcasts from Berlin during the rise of the Nazi dictatorship through the first year of World War II. Shirer was the first of “Edward R. Murrow’s Boys” – broadcast journalists – who provided news coverage during World War II and afterward. It was Shirer who broadcast the first uncensored eyewitness account of the annexation of Austria. Shirer is best known for his books The Rise and Fall of the Third Reich which won the National Book Award and Berlin Diary.

Ginger Pye (Young Classic) written by Eleanor Estes is the second book. Today’s price is only $1.99.

Eleanor Estes’s Ginger Pye, a 1952 Newbery Medal winner, is a warm, witty mystery set in a small-town American community. Ginger Pye, the star of the show, is the very smart dog that ten-year-old Jerry Pye buys for a hard-earned dollar. The most famous pup in Cranbury (a town between Boston and New York), Ginger knows many tricks, is as loyal as he is smart, and steals the hearts of everyone he meets . . . until someone steals him! Will Jerry and his sister Rachel ever be able to find their beloved terrier?

Some words about the Auhtor

Eleanor Estes won the Newbery Honor for ‘Rufus M.’, ‘The Middle Moffat’ and ‘The Hundred Dresses’. She also won the prestigious Newbery Medal for ‘Ginger Pye’. Learn how to open VCF file. 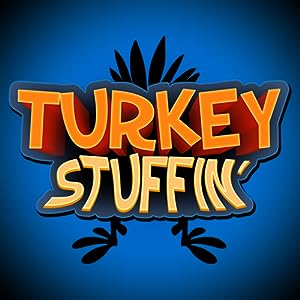 Turkey Stuffin’ is a game for your Kindle Fire. Today it is free. But only today.

Start stuffing stuff in a turkey in TURKEY STUFFIN’, a hilarious holiday warmup!

You’re on the clock to jam this fine foul full of tasty concoctions and prove your poultry stuffing prowess by creating the fattest, tastiest turkey in the world!

But Turkey Stuffin’ ain’t all rosemary and yams. Overstuff the bird and you’ll yield a massive mess that no Pilgrim should ever have to witness.

Use the correct combinations of items to mix secret foul fattening recipes including The Turdrunken, Fowl Language, Return to Sender and Butter Ball. You’ll even earn Game Center Achievements for getting your hands and elbows dirty.

Turkey Stuffin’ truly is a… load of fun!