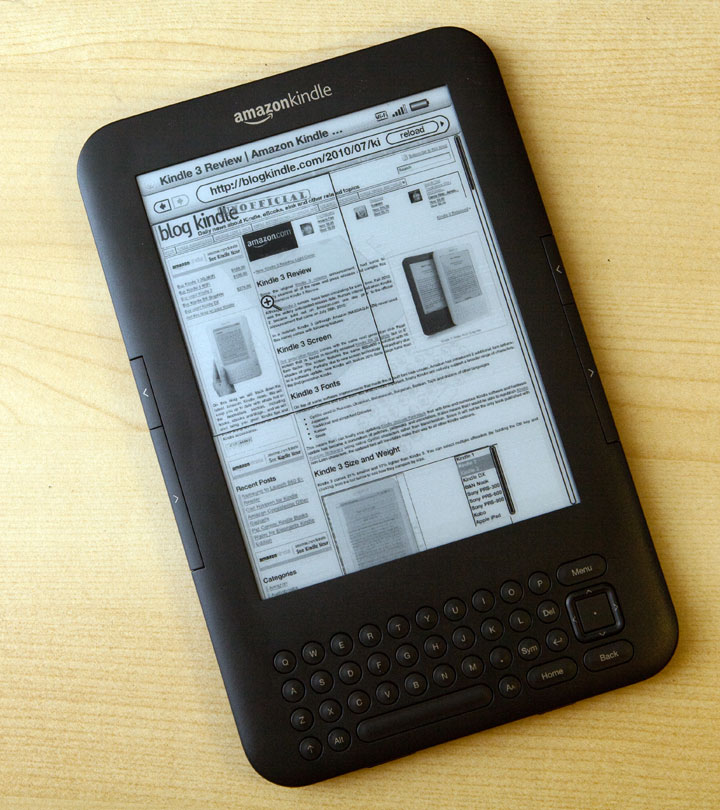 The Kindle has been seeing a few new releases from the competition in the past couple weeks.  Some of what they bring to the table is software and such, of course, but the most visible trend has been the move to E Ink touchscreens.  Both the Kobo and Barnes & Noble’s Nook line have released nearly button-free eReaders in an effort to set themselves apart.  Ironically both of these companies tried to set themselves apart by releasing amazingly similar looking products, but that’s unimportant.  This leads to the inevitable speculation that such a design might be the future of the Kindle.  If I had to make a guess, I’d say it will be eventually but not right away.

I don’t think it will be an immediately changed design to keep up with the apparent trend for a couple reasons.  First, clearly Amazon’s focus has better places to be.  The Kindle Tablet line, whatever they choose to call it in the end, involves a number of devices in several shapes and sizes if rumors are to be believed.  None of them are likely to run the same software that is on the existing Kindle.  None of them are going to use the same hardware.  it just isn’t strong enough.  There is simply no obvious direct connection between the device offerings besides Amazon.com as a media vendor and any marketing device they might choose to employ to draw a connection for potential customers.  Given this, it seems unlikely that Amazon would want to be designing or releasing a Kindle 4 dedicated eReader at the same time.  Why would they?  The existing Kindle is doing amazingly well.  The new Nook and Kobo are basically playing catch-up and trying to match features at this point.  Nowhere in the specs of either was there an obvious point of superiority in design that Amazon would have to struggle to meet.  The only major software points involve social networking and library lending, both of which Amazon is working with already.  No need for a new device.

Also, the move to touchscreens by their competitors, if played with correctly, offers Amazon an incentive to stay right where they are for a bit.  As I mentioned, the new Nook and Kobo look rather similar.  In fact, it seems hard to make the hardware side of a touchscreen device particularly unique.  Nobody expects the Kindle Tablet to make a big splash for changing what it means to be a tablet, right?  For now, the Kindle will be the most recognizable eReader anywhere in a way that is only emphasized by the homogeneity of their competition.

This will only work for a while until people become more used to touchscreens in their eReaders and expect them, of course.  It seems an inevitable step at this point no matter how much one might like the more mechanical controls.  It will make particular sense for Amazon to update the Kindle to bring it in line with the Kindle Tablet line’s hardware should that take off as strongly as they’re hoping, since we have to assume that an affordable tablet PC with a non-LCD screen will finally be what makes an impact on Kindle sales.  For now, though, probably not that much of a rush.

2 thoughts on “Does the Upcoming Kindle Tablet Mean No Touchscreen Kindle eReader?”