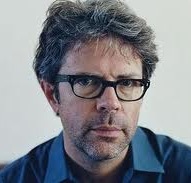 Jonathan Franzen, author of such wildly popular titles as The Corrections and Freedom has recently made a bit of an impact on the eReading community by coming out against electronic media.  Apparently the Kindle is ushering in the end of the book, which normally we would agree is a bad thing that we need to be aware of.  Sadly, rather than leading us all to a new understanding of the book as a format that happens to rule out safe transition to digital forms, his arguments against eReading are somewhat misleading and represent a person more interested in rationalizing a knee-jerk reaction to new technology than in understanding what he’s talking about.

Probably the biggest, and certainly the most publicized, aspect of Franzen’s argument centers on his perception of the supposed permanence of the printed word.  This makes sense, as after all once something has made it to print it can never be altered.  Of course it also completely ignores the facts of multiple book editions, author revisions, and abominations like the 2011 release of censored copies of Tom Sawyer and Huckleberry Finn.

His assertion that “A screen always feels like we could delete that, change that, move it around” and therefore “for a literature-crazed person like me, it’s just not permanent enough” is entirely based on the obvious misperception that digital copies are somehow fluid.  If you are talking about your personal copy of a book, it is far easier to drop, rip, stain, or otherwise destroy a paper copy than it is to break open the Kindle Edition and make your own changes.  Assuming he is talking about the master copy of each book, as in the one that is stored centrally by Amazon, then it would be hard to argue that the printed edition is significantly different in that regard as there have historically been scores of authors with a tendency to re-write later editions of their books.  One of Franzen’s own books involved a recall to accomplish exactly this, in fact.  I’m fairly hopeful that he didn’t mean to imply that anybody besides the author was likely to go in there and start playing around with the text on a wide scale, but even if that were the case it is not worth addressing here.

It is one thing to claim that you have a strong preference for paper books.  There is nothing wrong with that and any number of people would agree with you (myself included depending on the situation).  To try to talk others into agreeing with you through groundless arguments is a shame though, especially from somebody in a position to reach such a large number of readers.

Maybe this was all a publicity stunt meant to draw attention to the smaller point he made regarding the dangers of a society obsessed with instant gratification, but if so then he strongly undermined his own credibility by opening with such ridiculous assertions.  I won’t even go into the irony of these comments having been made by somebody who has done extremely well in terms of Kindle book sales, but even without that you have to wonder what he was thinking.