Google has announced an immediate change of their marketing for the Android Marketplace.  It shall henceforth be known as “Google Play”.  Now, possibly I’m reading too much into this but it sounds a  lot like they saw what Amazon had pulled off with the Kindle Fire and realized that it was possible to break consumption away from production in the area of mobile devices.  After all, you are clearly not targeting enterprise users by sending them to Play, right? 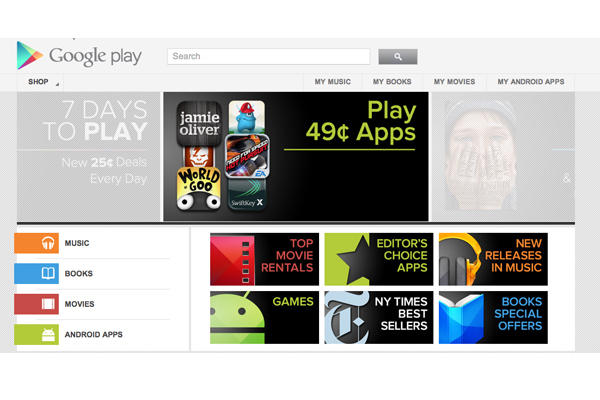 Google Play is more than just a rebranding of the Marketplace, of course.  It is an effort to bring together Google’s apps, movies, eBooks, and music in a single package for easy consumption.  Anybody familiar with the Kindle Fire or the philosophy it embraces will probably be noticing some interesting similarities right away from the description, honestly.  All Google Play services will be entirely cloud-based much like what Amazon has been doing, so that all of your content is available at once regardless of storage space available on any particular device.

For those who are already using the Google Marketplace options, there should be a smooth roll-out.  Most people are reporting that the apps have already updated, much of the time without users so much as noticing the change at first.  All content that you own through Google is immediately available in the new apps, so the transition should be quite smooth.  It will encompass all geographic areas, with what Play content is available being determined by the individual market.  Canada and the UK have Movies, eBooks, and Apps; Australia has eBooks and Apps; most areas have at least the App store.  No real functional change, in many ways.

What makes this significant is what it means going forward.  Clearly Google is going to be aiming directly as consumer markets with Play, following the example set by the Kindle Fire (in preparation for their rumored 7” tablet?).  This was where most of these integrated services were generally heading toward anyway, though, however much the Android Marketplace offered options for all activities.  By making it explicit, Google has the opportunity to specifically target business users with a more direct approach.  It is not hard to imagine an expansion of Google’s production based products in the very near future.

Sadly, this new set of apps will not make it any easier for Kindle Fire users to access Google’s services without roundabout methods or rooting of the device.  While this likely would have been a good opportunity for the company to slip in a way to let Amazon’s customers choose between the stores, it is probable that Amazon locked that down fairly tightly before things even started to ship.  At this point side-loaded apps from the new service will either fail to install in the first place or never load properly once installed.  Competition between the two over who gets the most popular closed ecosystem will have to take place as scheduled when Google’s own hardware sees the light of day.