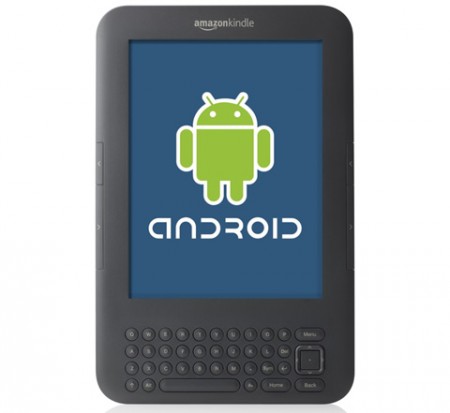 In recent days there has been a great deal of speculation on the possible implications of “Lab 126”, the Amazon(NASDAQ:AMZN) development group that came up with the Kindle, posting some job openings for Android developers.  The immediate speculation has been all about tablets and the potential for the next generation of Kindle to be one.  It’s an interesting thought.

Honestly, I think that at this point the evidence is fairly overwhelming that an Amazon Tablet PC is on the way.  Between this development, the opening of the Amazon App Store, and the obvious success of the Nook Color as a mini-tablet, the signs just point that way.  The big question is what this will mean for the Kindle.  It is possible that this will be a new incarnation of the Kindle, a divergent line of Kindle products, or even a completely new and independent effort(I vote for calling it the “Table” if they go this way).

The one place I personally don’t see this going is a direct sequel to the existing Kindle eReader.  While I wouldn’t put it past Amazon to have decided on a screen technology they like and attempted to never let on to anybody, by this point it would probably have gotten out in some way.  I also cannot see them moving to an LCD eReader after enjoying the kind of success they’ve had to date with the E Ink technology, especially after the last few ad campaigns.

Even if they go with a Kindle Spin-off, or even a fresh product line, however, we have to wonder if a migration of the Kindle line over to Android is in the works.  On the one hand, the existing Kindle software development has gone in another direction and it would seem a bit weird to just throw all that away.  On the other, why maintain two completely distinct software solutions when you could manage it on one?  The original Nook proved fairly well that you can run Android on an eReader without needing it to be a fully functional tablet.

The one place where all these ideas and speculations fall apart is in the fact that Lab 126 seems to be an entirely eReader centered endeavor.  Their website’s vision statement actually begins with “We develop and design wireless electronic reading devices”, so it might be a stretch to say that this is going to be a major tablet release.  Of course, that’s reflective of the current state of things.  It would seem to imply though, that anything coming out of the group will be centered on expanding the Kindle product line.  While I suppose that an Amazon equivalent to the Nook Color would probably go over well, especially with an established App Store to link to at launch already, I simply can’t see that as being the long-term goal.

My preferences definitely tend toward either a serious iPad competitor or a color Kindle that makes use of something along the lines of the Mirasol displays.  That’s just me, of course.  All this is speculation for now, but I’m definitely looking forward to seeing where this all ends up.

6 thoughts on “Is the Kindle Moving to Android?”