There is always going to be a certain amount of skepticism that has to be exercised toward online reviews of any sort.  Those who are least satisfied will also always be the most motivated to post something, and there isn’t necessarily any way to confirm whether the problem being experienced was in any way the related to the product experience that another customer might get.  With something like the Kindle Direct Publishing platform, or the Amazon Appstore for Android now that the Kindle Fire is around, this can be especially problematic for a provider.

These authors and developers often have no other major avenue through which to sell the product of their labor, which means that a misinformed negative review can have a major impact.  However much we might wish it weren’t so, the first thing many people look at when considering a new book, app, toy, etc., is the overall review.  Particularly the number of truly negative ones.  Now, Amazon has done some good by adding in a product review rating system that allows users to tag particularly helpful or unhelpful contributions, but that only matters if you actually go so far as to read them. 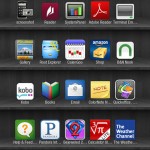 If you are considering a purchase, especially with regard to digital content from the Appstore, it might be particularly helpful to read carefully.  Right now, as the attempt to cater to an impressively diverse selection of Android devices can be problematic, many apps are overrun by 1-Star reviews for being incompatible with specific phones or tablets.  It is not unknown for this to be the case even when owners of these devices could clearly see that their device was not listed as compatible.  Don’t let this sort of behavior dissuade you from picking up an otherwise excellent piece of software.

If you are writing the review of an eBook or App, there are a couple things to keep in mind:

First, unlike what you might expect, anything 3-Star and below is considered a negative review.  If you rate a product below 4-Stars, you are essentially telling Amazon that this is not a product that you would recommend to anybody.  If the average product rating drops to 3-Star, that is exactly how the site will treat it and potential customers will rarely, if ever, be directed to it based on their interests.  This can have a devastating effect on the income of the creator.

Second, it is bad form to judge a product based on what you wish it did rather than how well it does what it claimed.  If a book presents itself as a romance but is actually about corporate espionage, then there’s plenty of room for complaint.  If you felt that the calendar app you downloaded would have been better if it had the ability to import the Smurfs theme as an event reminder, that would generally be considered outside the realm of what you are meant to review unless sound file importing was specifically advertised.  5-Stars means that the purchase is a good example of exactly what it claimed to be.  4-Stars means that it generally met expectations, but probably could have been more successful.  Anything 3-Star and below means something was significantly wrong with it. Learn how to open AAE file.

Please try not to penalize authors or developers who choose to make content for the Kindle and Kindle Fire due to things out of their control.  If Amazon takes longer than you would like to deliver your files, it isn’t their fault.  If you had hoped that despite being advertised for Honeycomb an App would work on your Android 2.1 device, the failure is not the developer’s fault.  Negative reviews on individual products that Amazon.com provides will generally not have any effect on the company as a whole, and often it is likely that they never see these complaints at all unless representatives are specifically directed to them.  Keep in mind who might be affected by your criticisms.