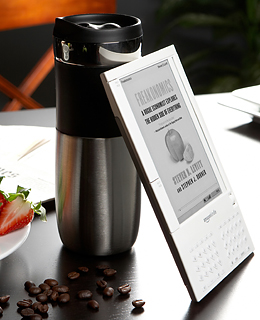 These days if company’s want a device to be a success it has to support as many different standards as possible, be as useful to the user as possible, be as cheap as possible and be as open as possible. There are always exception to the rule, take iPhone for example, but on the whole its an accurate statement.

One way of opening a device up is by offering a software development kit (SDK), I was reading k.indled today and the question came, If Kindle had an SDK, What would you do with it?

One thing I would do is add support for the .epub format, I’m not sure if it would be possible because I am no programmer, but I feel that Kindle must support .epub one day, its the industry standard and I think this will get a lot more publishers on board, especially the ones who have a lot of technical content which isn’t easy to render on the Kindle.

I think Amazon will have to eventually open up the Kindle and they should do it sooner rather than later, having an ‘app store’ similar to the iPhone app store I think would go a long way in helping the Kindle attain mainstream acceptance, and it could open up a while host of other uses for the Kindle.

What would you create with a Kindle SDK?

8 thoughts on “SDK, does the Kindle need one?”