The Kindle Fire has made a big splash in the Tablet PC marketplace, driving prices down across the board and seemingly speeding along the release of direct competition from Amazon’s fellow eBook vendors.  Sadly, at the moment the Kindle Fire is only available in the US.  Chances are good, in fact, that there is going to be an extremely long wait before device is released anywhere else.  It is simply too reliant on the integration with Amazon’s Cloud Servers, Video Streaming, Android Appstore, and other such things that have not been prepared for other markets yet. 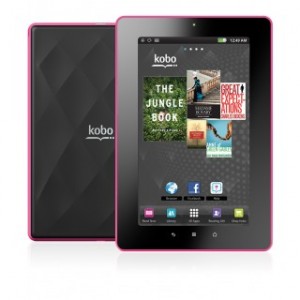 That doesn’t mean that people outside the US will want to overlook the Kindle Fire, of course.  Combine the $200 price tag with the almost complete lack of security measures to prevent Rooting of the device and you have a decent 7″ Android Tablet even if the quality of the custom OS is lost.  It does the job, if you’re willing to put up with all of the related complications of buying, shipping, rooting, etc.

The Kindle Fire isn’t the only option in this price range, though.  In fact the Kobo Vox, a similar competing tablet from an eBook vendor, is already available in the UK.  Even if it had nothing else going for it, and it does, the Vox’s availability would be enough to make it a major player in the new $200 tablet niche.  In addition to that, there is no need to root the device to get full functionality just about anywhere.  It comes with full access to the Android Marketplace already enabled, unlike either its Kindle or Nook competitors.

Admittedly the hardware isn’t as nice as the competition.  Neither the screen nor the processor is as nice as in the Kindle, which is itself criticized as lacking power by many.  They have made next to no effort to make the Kobo specifically ready for anything aside from the reading, which will already have some shortcomings given the backlit screen.  Since the primary competition will be rooted devices from the US, at least at first, this shouldn’t be too big a deal but it isn’t necessarily a recipe for long-term success.

As much as I’m a big fan of my Kindle Fire, neither option here thrills.  The Fire is amazing in many ways, but a big part of that is the seamless integration with Amazon’s services.  You lose that the second you take it out of the country.  The Vox, on the other hand, has no really exciting features.  When your tablet’s big claim to fame is extensive Facebook integration for a reading app, it is a stretch to see success in the future.  Either way you’re getting a 7″ tablet that runs Android 2.3 for around $200 (depending on local taxes and the cost of importing) but not much else.

As such, it seems unlikely that the Kindle Fire has much to fear from the Vox at the moment.  What will decide things is not where the two devices stand right this minute, but where they go from here on.  If Kobo can come around and start offering some really impressive incentives to use their tablet before Amazon extends their web service line sufficiently, there will be some real problems.  For now, the Kindle Fire wins ever so slightly based on narrowly superior hardware and nothing else.  Firm footing this is not.

2 thoughts on “Kindle vs Kobo: Can Amazon’s Fire Win Against The Vox Internationally?”