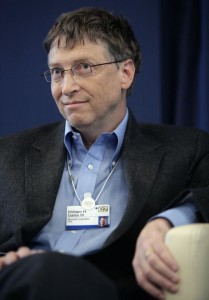 There’s been a lot of talk about the Kindle’s potential death at the hands of the near-mythical Apple Tablet.  But it looks like the real threat may not be what people were expecting.  Microsoft has just unveiled the Courier, which is essentially their version of a tablet PC.

I have to say that, at the very least, it looks very cool.  Whether or not it will be part of a wave of change that destroys the eReader industry is yet to be seen.  As much as you may want to get your hands on one (I suggest you check out the video at the link above), the device only exists in prototype.  By time there’s a version of the Courier that you can actually buy, Apple will have probably gotten a foothold with their tablet.  Also, the technology Microsoft is demoing won’t be as whiz-bang amazing in the year or so it will probably take Microsoft to go to production.  By then all devices will be a little more fantastic then now, including eReaders.  This is like if Amazon demoed prototypes for a full color Kindle 3 before they could actually manufacture them at a feasible low cost.

On the other hand, Microsoft’s demo does demonstrate the idea that a multipurpose device would make an excellent eReader.  While the Courier is hardly designed to specifically read books, it does replace manage to replace lots of book like media.  The video shows the use of ‘journals’ you would write in and a daily planner analogy that somewhat mimics a traditional book planner.  The device is even shaped like a book, with two screens and a hinge in the middle.  It’s every pen and paper organizational tool you’ve ever used, only better.  This includes double screened eReading that very much resembles a traditional book.

Either Jobs is right, and eReaders will be replaced by devices like this, or eReaders will find a way to innovate and stay alive.  My guess is that the Kindle won’t die so easily.  Each generation will slowly pile on new features and at a price cheaper than a tablet.  This won’t work forever, but I wouldn’t be surprised if the Kindle someday evolves into some sort of Amazon owned tablet computer itself.