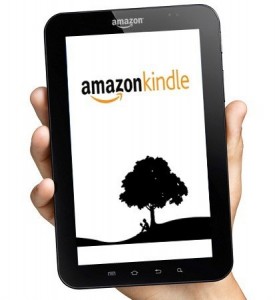 In all of the speculation about the potential for a Kindle Tablet release later this year, few people have speculated much on the future of the Kindle itself.  Possibly we’re simply running out of good ideas to improve the device without causing a problem with the streamlined user experience?  Whatever the reason, we now have news that there are indeed two completely new Kindles on the way.  A recent Wall Street Journal article has indicated, based on sources familiar with the matter, that this October we can expect to be seeing both a newer, cheaper Kindle of the type we are already used to, and a Kindle with a touchscreen.

While at a glance the Kindle Touch, or whatever Amazon chooses to call it, seems to be a reaction to the incredibly popular new Nook Simple Touch, the timing makes that less of an issue.  October is also the anticipated release month for the first piece in the new Kindle Tablet line.  Many people have been wondering if this meant the death of the Kindle, either by way of abandonment in favor of the newer product, or simply by eroding the existing customer base by offering an affordable alternative that does more than can be handled by existing eReaders.  The latter is far-fetched, since customers have shown a distinct appreciation for dedicated reading devices so far and seem more inclined toward dual-ownership rather than abandonment of the Kindle in favor of any tablet.  The former was a concern, but by launching the new Kindles at the same time as the Kindle Tablet, Amazon has the opportunity to provide what I assume will be their first sub-$100 eReader, as well as a new more advanced model, and thereby reaffirm their commitment to providing a dedicated reading experience for their Kindle customers.

Assuming that Amazon can be counted on to take advantage of the time remaining before the release to address any remaining shortcomings in their design as compared to the competition, such as the Nook’s current superiority in terms of speed boosts and social networking integration, these new Kindles can’t really help but make a splash.  The move at least partially away from the physical keyboard will even leave open the potential for true localization of the newer model without retooling the hardware for every country they decide to open a Kindle Store in.  The fact that many expect the Kindle Tablet to come with a customized front end for the Amazon.com site that is geared toward optimized tablet shopping will almost certainly bode well for the new Kindle as well, should it prove true.

It isn’t going to be the color E Ink eReader that many people were, I think, hoping for.  It would just be too much of a shock to see the price of the Kindle’s newest model jump to accommodate the higher production costs of something like that.  That does not mean that the Kindle Tablet won’t pick up the ball as far as that demand is concerned, though.  Time will tell what needs Amazon has chosen to prioritize, but it is heartening to see that they won’t be letting eReading become a minor aspect of their bigger media distribution effort.