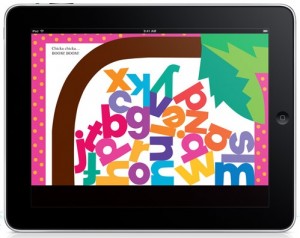 In recent news, Apple has decided to start thoroughly enforcing their in-app purchasing rules after a bit of a delay.  While this is inconvenient for Kindle users, Nook users, and pretty much everybody who isn’t Apple, perhaps the most uniquely affected portion of the eBook marketplace will be the fans of Nook Kids for iPad app. Its narrow audience and specific requirements definitely make it a special case.

If you think about the strengths of the iPad, or tablets in general so far, when it comes to eReading, the biggest factor in favor is the color screen.  Not much good for the purpose if you read a lot of bestsellers, classic literature, poetry, or anything along those lines, but absolutely essential for optimal viewing of kids’ books among other things.  Right now, the Nook is pretty much the only eBook line handling children’s books in a thorough fashion.  One of the things you’ll see on all their advertisements is that they have the “largest collection of kids’ books all in one place”, and that even seems to hold up pretty well.

Now, if you make the assumption that few parents are grabbing their children tablets of their very own, which I think is a fair assumption given the average prices and general fragility of the gadget compared to the toys they might be used to, the change becomes particularly inconvenient.  Basically, if my hypothetical child were to have their own Tablet PC or Kindle, it would be in my best interest to not allow them any way to make purchases on the device itself.  Whether this is accomplished via parental controls or simple lack of functionality doesn’t matter much.  On the same device that I keep around primarily for my own use, that I simply happen to pull out during shared reading time, the lack of functionality is an infuriating factor.  Yes, browser-based purchasing is still simple enough to use, but it adds enough steps to the process of acquiring a book that will likely only take a small amount of time per reading anyway that it renders impulse buying less attractive.

This was Apple’s plan, of course.  Force people to either give Apple a 30% cut of every sale or lose a large portion of their revenue entirely.  When nobody else is offering the same service, it won’t necessarily kill the business, but I would expect interest among iPad owners to fall off to a certain degree.  A big setback in the short term that may allow competition to rise up if Barnes & Noble can’t get a better handle on the situation.  Personally, I would anticipate seeing Nook Kids for Android apps any time now.  The tablet market is growing noticeably, and it is only a matter of time before something pops up that can compete with the iPad.  Right now that looks like an Android Tablet.  Maybe it will be the Kindle Tablet, maybe not, but as far as the OS choice goes, there isn’t a whole lot else going on right now for portable devices.