When writing a book that you intend to put out through something like the Kindle‘s self publishing platform, there are always going to be complications.  There’s a reason that publishing houses are in business, after all.  Doing it all yourself is difficult and many authors would rather just do the writing than spend their time on editing, proofing, distribution, accounting, and publicity, right?  Still, that’s the deal you get when you go it alone.

As a result, sometimes problems will often pop up if you’re not careful!  Maybe nothing important, maybe a lot.  In the case of one self publisher, Jacqueline Howett, it was a lot.  Now, I’ve heard many a time that one of the hardest things that authors have to come to terms with can be that as soon as the first copy hits shelves, and sometimes sooner, it is completely out of your hands.  For better or worse, it’s out there.  That’s even more true with Kindle books given that once something appears on the internet it is pretty much staying there.  It is therefore a bad idea to send out unrevised copies of your book, let alone head to a reviewer’s website and confront them on a bad review over it.  Let’s face it, the profanity didn’t add much either. 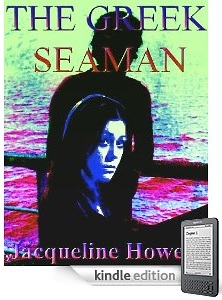 Basically what happened is that Howett sent out a poorly formatted initial release of her book, The Greek Seaman, out to be reviewed by a blog called “BigAl’s Books and Pals”.  As I mentioned before, it bombed and walked away with only 2 Stars on account of consistent spelling and grammar errors.  Howett herself was quick to jump into the comments on this review and point out that she had requested that the reviewer download an updated version released a day later and maintains that the review would have gone differently had this been the case.  When the reviewer piped up that he had gotten the new version, she got a bit irate.  Then she got a LOT irate.  After several moderately long rants against both the reviewer and her fellow commentators, most amusingly including the line “You are a big rat and a snake with poisenous venom. Lots of luck to authors who come here and slip in that!”(spelling preserved), she apparently lost the capacity for even an imitation of rational debate and fired off a few comments containing nothing but profanity before fading out of the “discussion”.

At this point, Howett is basically a cautionary tale for new Kindle writers.  While I doubt she’ll completely go away any time soon, her reputation is shot and it’s going to be difficult, even assuming it’s possible, to recover anything from this.

I suppose it gets the point across, though.  If you write a book, roll with the punches.  There will be bad reviews.  Take what advice you can from them, if applicable, and move on.  There’s really no point in confrontation over what, in the end, amounts to personal taste.  After all, I’m certain there are a number of people out there who wouldn’t care if the book was badly written so long as the story was enjoyable.  Making a fool of yourself in public won’t help, and what’s said in public can’t be taken back.