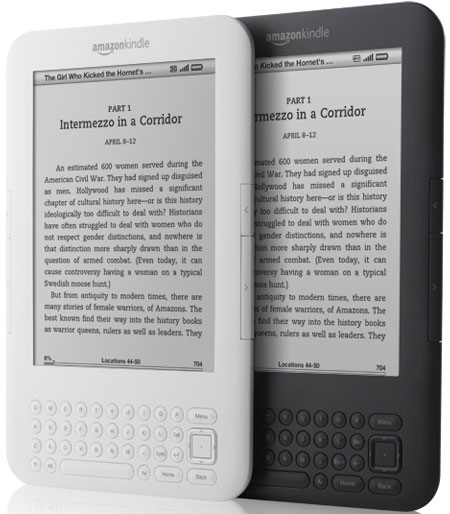 Owing perhaps to the impressive holiday sales figures for the Kindle, Nook, and others at the end of 2010, an announcement from the Association of American Publishers has confirmed that February 2011 saw eBooks outselling every other format of book available.  While this isn’t precisely a surprise given the not too far gone announcement from Amazon that Kindle Editions were their bestselling format, it demonstrates that the trend is ever on the rise.

According to the same announcement, compared to February 2010 the sales figures for this past February have increased by over 200% for eBooks and sales of print books in all formats combined declined by nearly 25% over a similar period. Downloaded audio books also saw a bit of a boost with over 26% growth from the prior year. Everything digital is getting increasingly acceptable to the average consumer, especially the sorts of things that can fit on a Kindle. What is perhaps the most impressive part of this for me is that judging by the tone of the text, publishers are attempting to pass this off as a demonstration of how great they’re doing at providing readers with what they want.  I’m going to have to say that I disagree.

What we’re seeing now is, in some ways, a bit like the move from audio cassettes to compact discs.  Sure it takes a while to catch on, but most people are eventually at least willing to give it a try and very few people find themselves truly disappointed (and to head off complaints, no I am not trying to extend the metaphor to say that paper books will inevitably cease to exist.  We know that’s not likely to happen).  As people adopt the new format, they go back and grab their favorites.  According to the AAP, there is a trend reported from many publishers where a reader will buy the most recent work of an author and then go back to pick up the entire catalog of that author’s work.  Is the logical assumption really that the reader in question has never read one of this author’s books before and was so impressed that they blew a hundred dollars grabbing the rest?  I’d say it’s more likely that these figures reflect fans picking up old favorites.

For an industry that has resisted what seems to be a logical and inevitable progression to the point of imposing arbitrary format-wide pricing schemes aimed at countering popular adoption, it seems a bit hypocritical to be throwing out quotes like “The February results reflect two core facts: people love books and publishers actively serve readers wherever they are” and “publishers are constantly redefining the timeless concept of ‘books.’”  It’s almost amusing to think of how hard it is going to be in coming years to keep things going the way they are in the face of authors taking advantage of the ability to self-publish for things like the Kindle and still manage to get on bestsellers lists.  These figures aren’t a reflection of how well the publishing industry is adapting to serve its customers, they are demonstrative of the increasing momentum of eReaders in spite of the best efforts of the industry to prevent change.  Not so great for them, but amazing for readers.