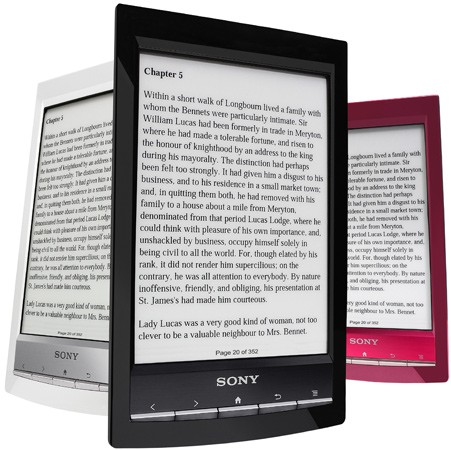 For some time now the Kindle, while retaining its mostly uncontested status as the superior eReader choice for consumers, has been facing increasingly able competitors.  The new Nook Simple Touch has made a splash in the US by essentially being the Kindle without a physical keyboard (though admittedly that’s oversimplifying the impressive progress B&N has made since the Nook Classic).  The Kobo eReader does everything the Nook can do (and almost as well in most cases) but isn’t restricted to the US.  In some ways the only thing that Amazon has still got going for the current generation of their eReading device is the combination of low price and great eBook selection.

While all this might change for Amazon come October, if sources like the Wall Street Journal are to be believed, there hasn’t been a better time for Sony to get back in the game.  Once, they were the entirety of the eReading marketplace.  They had the best, and indeed the only, dedicated eReaders on the market.  Lately, unfortunately, a combination of inability to keep up with competitors’ price drops and a lack of expected feature updates has been a problem and the Sony Reader is largely only brought up as a Nook alternative for people who really want to get library eBooks right this minute through OverDrive.

This October they’re jumping back into the ring with the Sony Reader Wi-Fi PRS-T1.  Admittedly still not the most catchy brand name in the world, but that is one of only two shortcomings that seem obvious at this time.  The price is right, at just $149, bringing the Reader line back into sync with the rest of the industry after all this time.  The touchscreen display, which was actually something that Sony started with eReading devices, will meet current readers’ expectations for modern devices.  They have even finally, as the name suggests, brought wireless connectivity to the Sony Reader!  It’s wonderful news.  The fact that this should be the lightest eReader on the market doesn’t hurt in the slightest either, of course.

While the new Sony Reader will definitely have all of the features that we have come to expect, from an E Ink Pearl screen to battery life better measured in weeks than hours, it does do a couple things that should really excite people.  This is the first major eReader at the price point, for example, to allow users to take notes in-text with a stylus.  It will have expandable memory and come in a variety of colors.  One limited edition offering will even include bundled Harry Potter eBooks.  Things are looking up for Sony.

If not for their connected Reader store, the other major shortcoming that I mentioned, Sony would be right in line to join the Nook and Kobo as competition for second-best eReader line.  Sadly, until something happens to turn that around, it’s hard to see this as a long-term success story.  While independent sources like Project Gutenberg and Pottermore remain platform independent, it has proven increasingly true that customers want brand stability.  The Kindle provides it, and so far the Reader store isn’t quite there.