Amazon has arranged for a September 6th press conference that leaves a lot to the imagination.  The text of the invitation apparently reads, in its entirety, “Please join us for an Amazon Press Conference.”  It will take place at the Barker Hanger in Santa Monica.  That’s really not much to go on.  Still, it is all but a given that the event will show off the latest generation of Kindle products.

About a year ago Amazon released an entirely new set of Kindles.  The Kindle Fire was the centerpiece, of course, but the then-renamed Kindle Keyboard was joined by a new basic Kindle and the Kindle Touch.  The Kindle Fire shook up the entire Android tablet world and changed the game entirely there.  It’s thanks to Amazon that we’re seeing truly useful tablets in the $200 range.

The newer Kindle eReaders did not enjoy as much success.  The basic Kindle is indeed the cheapest and most widely purchased eReader on the market today, being the first to get under the previously impressive $100 mark.  That is about all that has managed to impress people about it, however.  The Kindle Touch is an interesting device and brought a touch interface to the line, but that’s not been enough to really demand attention for a while now.

The speculation about what September 6th will bring for the Kindle is still rather varied despite the event being close at hand.  Based on the information available, however, we can make some fairly safe predictions. 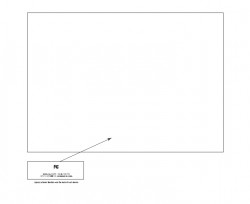 Using a front company, Amazon seems to have managed approval for new versions of both the Kindle Fire and the Kindle eReader.  This is not unprecedented and the last update to the product line involved three devices registered through three separate front companies in an effort to keep details under wraps.

On August 15th The Digital Reader reported a tip that led them to the new Kindle Fire.  It is less than informative, and certainly not as detailed as many would prefer, but some useful info can be gathered.  Judging from the dimensions, for example, we’re looking at a 4:3 device as opposed to the 16:9 aspect ratio used by most tablet builders.  It’s an interesting choice that may point to this being a larger tablet meant to compete directly with the iPad, since that is the same aspect ratio Apple uses in their own design.

The new Kindle eReader cleared in much the same way on August 21st.  A different front company run through the same corporate services provider registered an “electronic display device”.  While the testing doesn’t indicate a front-lit screen, which would be in keeping with certain delay rumors that have been floating around, it does point to something with both WiFi and 3G access as well as audio capabilities.

This does not mean that there will be no front-lit Kindle.  The three filings mentioned above from last year were all made the day before their official public announcements.  All that this indicates is that there will definitely be a version of the next generation that doesn’t have front-lighting.  Not really a surprise given that the inclusion of such a feature is sure to bump the price compared to unlit alternatives at least slightly.

There will definitely be a front-lit Kindle at some point, regardless of delays and pricing differences.  We know that Amazon is working on producing them thanks to leaks, property acquisitions, and basic reasoning (the light on the Nook Simple Touch is really useful and Amazon would be silly not to make one).

The fact that they have failed to land a proposed $16.5 million no-bid contract with the US State Dept might point to delayed releases.  The initial proposal required 2,500 Kindles with preloaded content and front-lit displays.  Since the document included the indication that the “Amazon Kindle [is] the only e-Reader on the market that meets the Government’s needs”, something came up in the meantime.  Production delays that would result in an inability to meet deadlines are not at all out of the question.

In what will probably turn out to be another preparation for this event, Amazon has managed to grab the trademark for the word Firedock.  That was originally the name for a fairly impressive Kindle Fire accessory concept from Grade Digital Audio that is now going by the name Matchstick.

The Kindle Fire, despite its emphasis on media, is badly in need of affordable accessories.  An official charging station/speaker dock would sell amazingly well and clearly Amazon is aware of that.  The big question is “why didn’t they put something out sooner”, but with luck the wait will have been worth it.  Combined with a potentially larger display, this could completely change the level of utility for the next generation of Kindle Fire.

With all the talk of a Kindle Fire meant to compete with the iPad, it’s easy to forget that the existing model is already enjoying some fairly stiff competition.  Google’s Nexus 7 is quite possibly the best tablet available for $200 right now; no matter what metric you are using.

Despite some supply issues, Google’s 7” tablet is enjoying a deserved surge in popularity.  Between allowing access to the wider world of Android content (including that offered by Amazon) and the more up to date hardware/software combination it ships with, there is little to recommend the existing Kindle Fire by comparison unless Amazon’s home-grown interface is a deeply desired feature.

On the eReader side of things, the Nook is still going fairly strong as well.  While device sales are down according to their most recent quarterly reports, content sales are up and the Nook Simple Touch is still setting the hardware standard.  Given that Barnes & Noble is about to begin extending sales of the Nook to Britain, opening the door to new and as-yet untapped customers, we can’t discount the potential for a sales boom in the Nook’s future.

Sources seem to indicate that there will also be a refresh of the Nook Tablet in the next month or two.  Given how forgettable the Nook Tablet has been in the current generation, despite its superior hardware specs compared to the Kindle Fire, this would initially seem to be a minor issue.  At the same time, though, there was nothing to really complain about with the existing device.  It just didn’t impress by comparison.  Barnes & Noble has invested the time and money necessary to improve things in the meantime and will almost certainly surprise to some degree.  Right now about all we know is that the intention is to have the new model improve the reading experience and show off a revolutionary new display technology of unknown capabilities.

The long-rumored iPad Mini seems to finally be on the horizon.  While I’m personally still quite skeptical about the existence of such a device, increasingly reliable sources seem to agree that Apple has finally caved in and decided to join the 7” tablet market.  The Kindle Fire, despite being updated, might have trouble competing in that segment should Apple really put serious effort into things.

At the same time, however, the objections that many have cited in the past remain applicable.  Apple is not known for their ability to sell things cheaply.  The least expensive iPad they have sold to date has made the company around a 50% profit at launch.  They will have to accept much smaller margins or furnish far less modern hardware if they are to get device prices down to the $250-300 range that they would need to achieve.  This doesn’t mean it’s not going to happen, but take the rumors with a grain of salt.

Basically anybody buying one of the current generation devices can choose between the $79 Kindle with no real navigation and annotation capabilities and the Kindle Fire.  Unless you think that Amazon is getting people together on the 6th to talk about how they’re cutting back to just two models, it’s fairly obvious where this is going.

We’ll keep you up to date here when solid information as it becomes available.  This is the time when Amazon really has to come up with something big to stay in the tablet market and they aren’t known for disappointing customer expectations.  It’s going to be an interesting announcement.