FedEx has just delivered my Kindle 2 International. On the exterior it looks exactly the same as Kindle 2 with US wireless. However there seem to be some changes in the software. First of all the device reports software version to be 2.2 (375490138). What is interesting is that this version can’t be found on Amazon Kindle source code web-page. Poking around the settings and easter eggs I found that 411 and 611 pages look different.

I’ve also found a new hidden setting: if you type 311 while on the settings page you will be able to manually switch wireless networks just like on any other GSM phone.

I can confirm that despite the change in software number the fonts are still not Unicode. Unicode font hack for US Kindle 2 doesn’t install on the international version. At first it wouldn’t even recognize the update. I’ve played around with Igor’s script and was able to tweak it to produce .BIN files that are recognized as updates by Kindle. However these updates still fail during the installation. Right now I’m trying to figure out why that is and how to fix it. If anyone would like to beat me to it – the updated version of Igor’s script can be downloaded here: kindle_update_tool. You’ll need to have Python installed in order to run it. To build update packages for Kindle 2.2 you need to use -k4 switch. Good luck! Let me know if you figure it out. 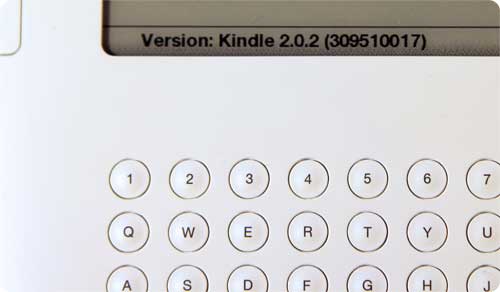 At the moment there are no official release notes from Amazon.com, however by looking at the source code I could speculate that there are some changes related to sound system (most likely bugfix). There seem to be changes related to watchdog timer. In plain English it’s a software and hardware system that will reboot your Kindle automatically in case it freezes and stops responding to user input.

Some people have reported that screen seems to refresh a tad faster now. Now that I’ve read it I seem to notice it too but it could be the placebo effect. Please leave a comment if you noticed any changes in your Kindle 2 after the update was applied.

If you have Kindle 2 Screensaver Hack installed you’ll need to uninstall it first and then apply the update manually. After update is installed you can re-install the hack. 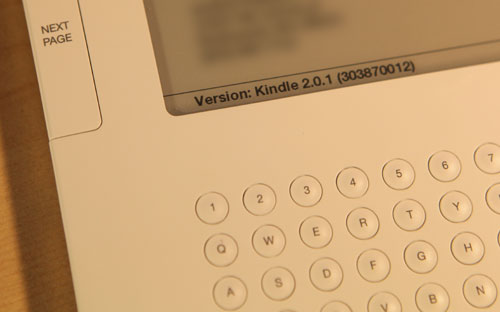 For those more tech savvy Kindle readers out there Amazon has provided the source code for Kindle to be freely downloaded. I cant wait to see what developers will do with this information.